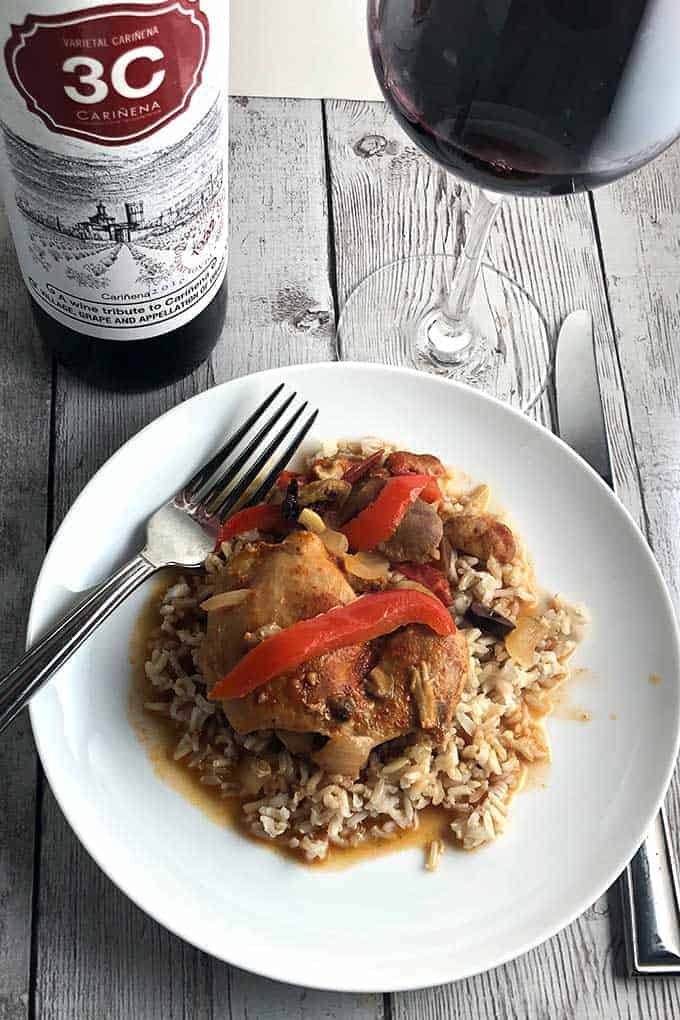 Although I’m a fan of Spanish wines, I don’t have them as often as some other types of wine. So I quickly jumped on the opportunity to sample some Cariñena, a Spanish wine that refers to the grape, the name of the village it comes from, and the surrounding appellation where the grapes are grown.

You might be more familiar with the Cariñena wine grape as Carignan, as it is known in France. I learned researching for this post that although the grape is more widely planted in France these days, the wine grape Cariñena / Carignan was first cultivated in Spain.

The Cariñena region is an appellation in the Ebro Valley, located in Spain’s northeast region of Aragon, near the Pyrenees and the border with France. There are many high altitude vineyards in the region, ranging from 1300 to 2600 feet. Hot dry weather with significant temperature fluctuations create good conditions for growing Cariñena as well as Garnacha, which is now widely planted in the region.

Generally wines made from Cariñena in the region are described as being full-flavored red wines with good acidity, and the jives with the bottles I sampled for this article.

Cariñena has a long history of wine making dating back to Roman times, and many of the wines are produced from vines that are over forty years old.

This article in The Chicago Tribune is a good source of information on Cariñena, in addition to the Wine Region to Watch website managed by our partners for this article.

How to Make Chicken Chilindron 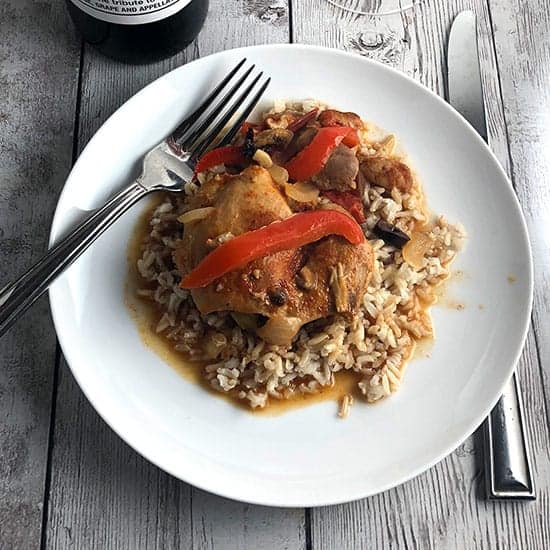 Chicken Chilindron is a savory braised chicken dish with peppers and onions from the Aragon region of Spain, where the Cariñena appellation is located.

The chicken gets season with paprika and salt before cooking. After browning the chicken in olive oil, the Region to Watch version adds prosciutto to the pan. 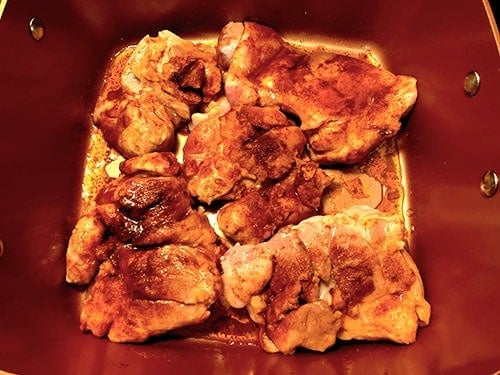 I was going to be sharing the Chicken Chilindron with someone who doesn’t eat pork, so I added mushrooms instead of prosciutto to provide depth of flavor. Of course, mushrooms add a different flavor than pork, but the end result was very good!

Whether you prepare the Chicken Chilindron with mushrooms or pork, the chicken thighs braise, covered, for a good forty minutes before the dish is finished. Chicken thighs are a great dish for slow braises, a comforting way to cook in the cold weather.

Speaking of comforting recipes to make in cold weather, another delicious Spanish recipe we’ve made is this White Bean Stew with Sausage recipe.

Want to try making a Spanish dessert for after dinner? Try this Polvorones Spanish Shortbread Cookie recipe from Foodie Zoolie. 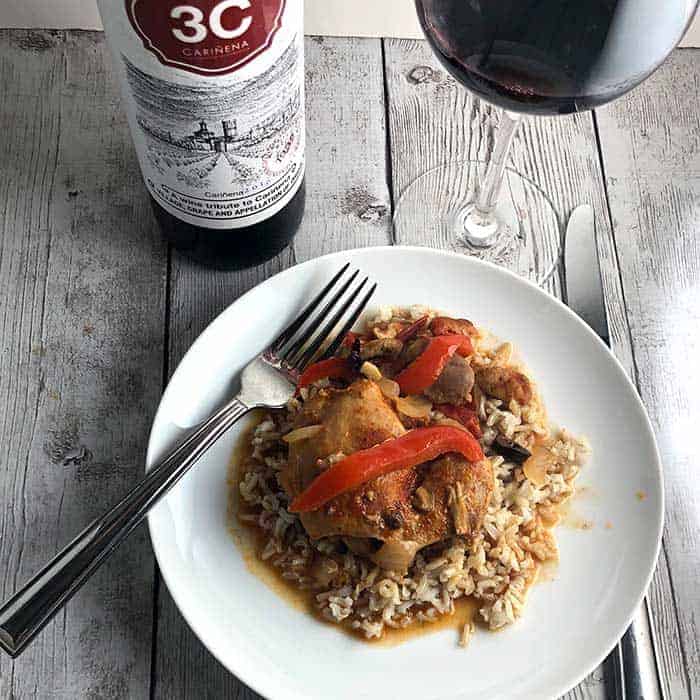 The 3C Cariñena has a woodsy nose, with nice plum fruit and licorice on the palate. The wine is well-structured, with bright acidity and integrated tannins. This medium bodied wine is a good match for the braised chicken, and the acidity works with the tomatoes and peppers.

The Cariñena paired with Chicken Chilindron is another great example of the “what grows together goes together” concept!

I also had a chance to sample the 2016 Particular Valero Cariñena (14% ABV) from Bodegas San Valero. I get black pepper on the nose of this Cariñena, with blackberry fruit and notes of vanilla and oak on the palate.

Based on the two bottles of Cariñena I sampled, I really enjoy this grape as it is produced in its native land! Not to mention at around $10 per bottle it is a great value. I will definitely be on the lookout for more! 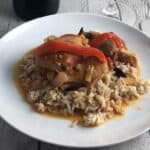 Want to try another savory chicken thighs recipe with a wine pairing? Try our Chicken Cassoulet with Languedoc wine! 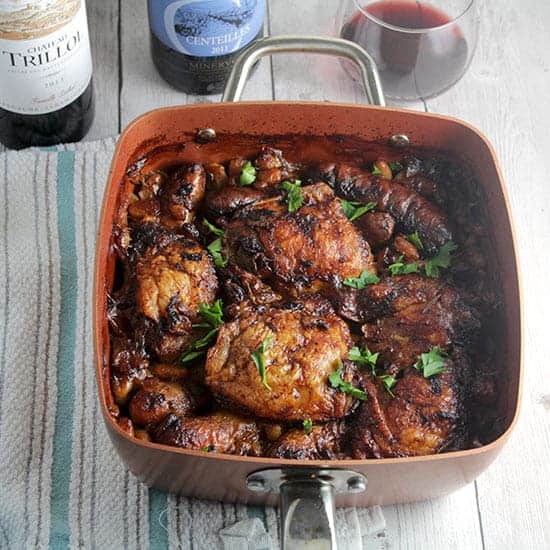