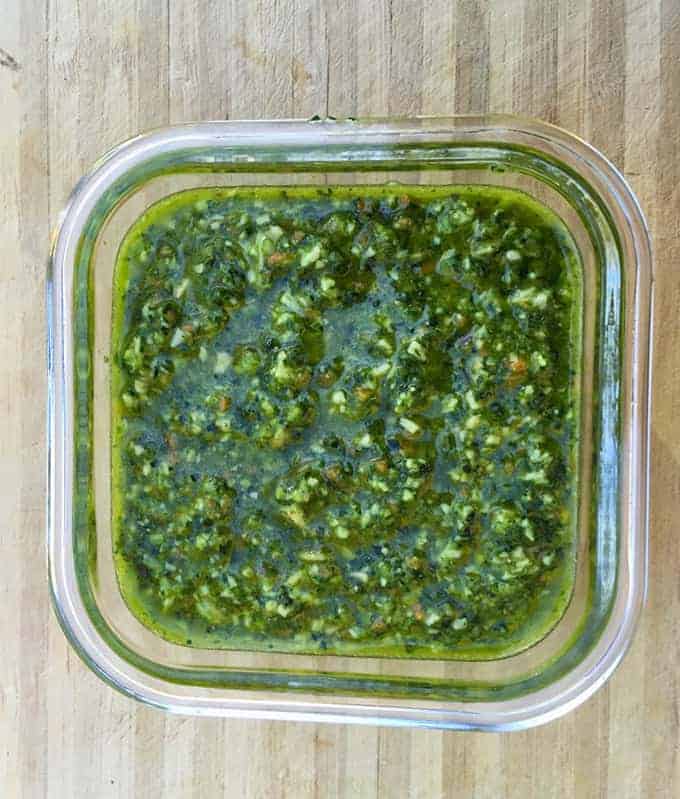 kale pesto, ready for a party!

There’s lots of serious eating ahead, with Thanksgiving next week and Christmas around the corner. If you’re looking for a healthy appetizer to make for an upcoming gathering, give this Kale Pesto Crostini a try! It’s easy to make, and doesn’t sacrifice on taste while packing lots of healthy nutrients. Fans of my traditional basil pesto rave about this version, too!

This kale pesto recipe is similar to the version used in this linguine with kale pesto I posted last month, but there are a few tweaks. I made it with toasted pumpkin seeds instead of nuts. I’ve found this to be a great way to make a nut free pesto, which is great for those with nut allergy concerns.

The other big difference with this recipe is that kale is the only green, whereas I’ve previously used a bit of arugula. For this batch, I used a package of SuperKALE Salad from  Cut ‘N Clean Greens. This package makes an easy recipe even easier, as the kale in the salad package comes finely shredded, so you don’t have to do any prepping of the kale. It also has a bit of shredded carrot in it, which adds some nice flavor. Just put it in the food processor, and give it a whir!

I brought these Kale Pesto Crostini to a recent Italian food and wine dinner my sister and brother in-law hosted.  It was a big hit, though there was certainly plenty of other yumminess to be had at the gathering! We ate them up so fast, I didn’t have a chance to get pictures. So I had to make some more for the photo opp! This time, I just used regular kale without the shredded carrots. 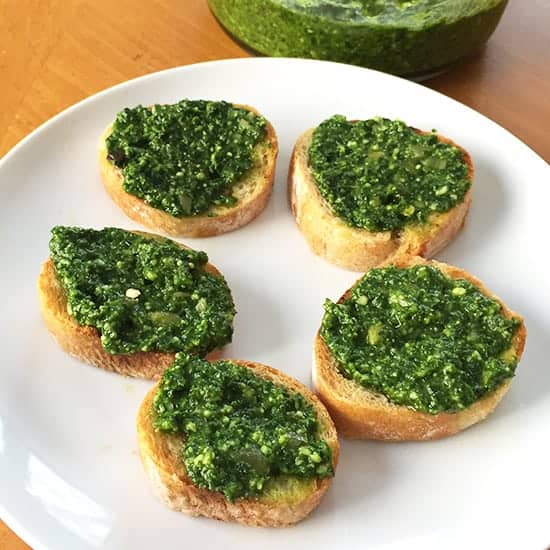 Wine Pairing: You’ll probably be eating the Kale Pesto Crostini along with other apps, but if you want to pair to this, a nice, crisp white is a natural option. I brought a bottle of Pecorino, an Italian white grape varietal, and that worked very nicely. 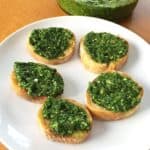 Kale pesto crostini is a healthy recipe to make for your next gathering! 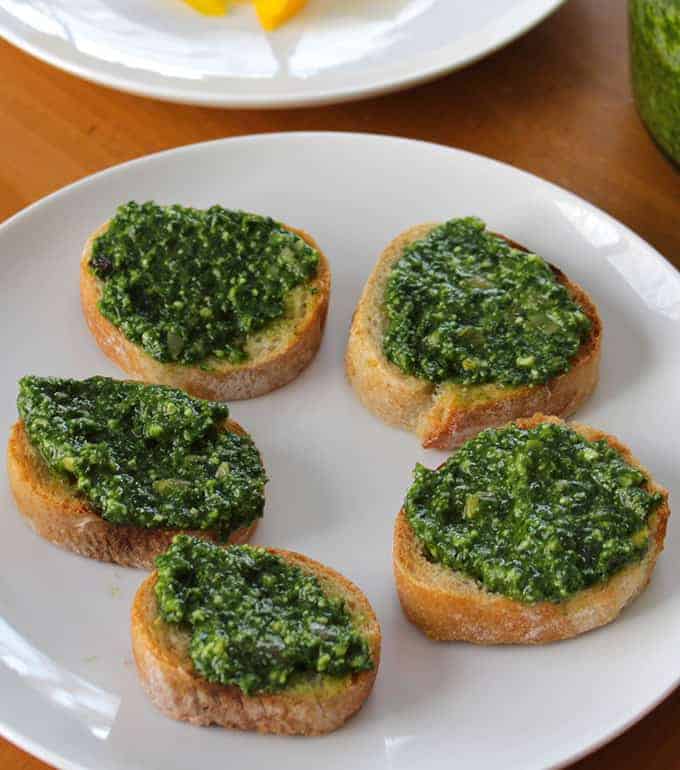