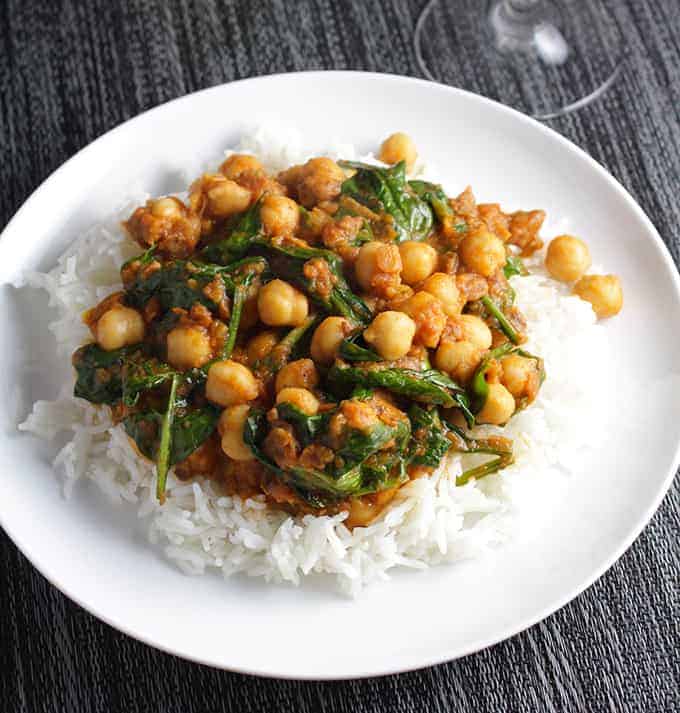 Like the taste of Indian food but think it takes too long to cook? Well, you are probably right if you are cooking it from scratch. But you can get this Quick Indian Spinach and Chickpeas dish onto the dinner table in about ten minutes. The secret here is using two boxes of Pav Bhaji mixture from India in a Box.

I met the team from India in a Box at a Mass. Innovation Nights foodie event this past summer. I talk more about the company along with the Quick Chicken Tikka Masala recipe and wine pairing I served up last month.

I veered a bit from the way Pav Bhaji would typically be served. I learned that “Pavs” refer to hot buttery buns the vegetable mixture would usually be served with. I skipped the buns, and served the dish over basmati rice. 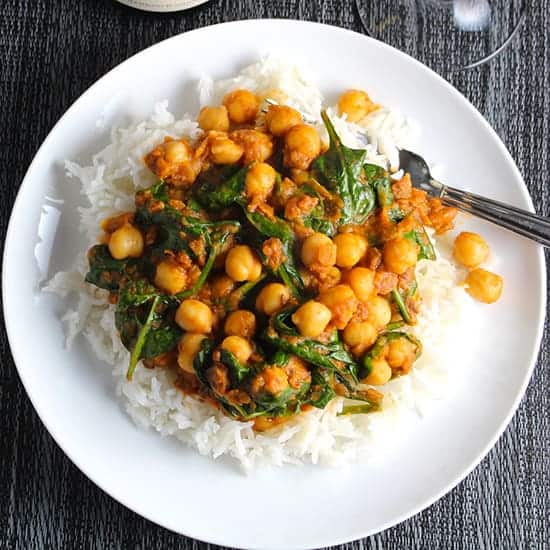 Complimentary samples were provided to me for this quick chicken tikka masala post. As always, all of the opinions expressed are my own.

The India in a Box products are intended to be a quick meal that can be prepared by simply heating the mixtures with water. They are made by dehydrating the vegetable and spice blends, so that preservatives aren’t needed and most of the nutritional value is retained.

The mixtures from India in a Box are great for someone who simply wants to heat the mixture with water and call it a meal. But the product also gives a nice jumpstart to someone like me who wants to embellish the dish with some other ingredients. I thought chickpeas would add some additional substance to the dish, and spinach would add some nice color and nutrition. Bingo, you have Quick Indian Spinach and Rice.

Wine Pairing: Coming up with wine pairings to recommend with the India in a Box products was the main reason I obtained some samples from them. The Pav Bhaji has a good amount of spicy flavor to contend with in coming up with a wine pairing. I think I had the right idea by choosing a Gewürztraminer to pair with this Indian Spinach and Chickpeas, but I wasn’t thrilled with the way the bottle I chose went with the meal. 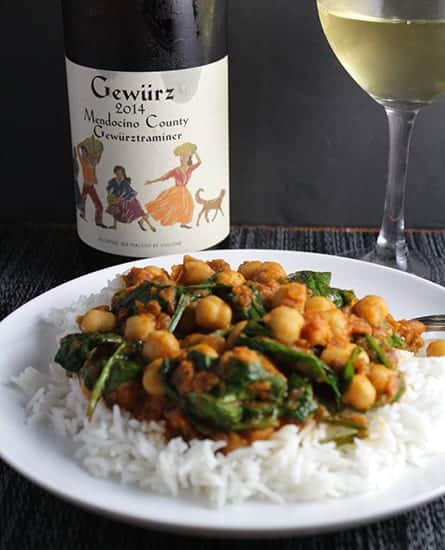 The 2014 Mendicino County Gewürztraminer from Alexander Valley Vineyards ($11, 12.8% ABV) has honey on the nose, and taste of green apple fruit and nutmeg spice. I found it a bit tart on the finish. The tartness as opposed to a hint of sweetness on the finish is a big reason why I don’t think this bottle worked particularly well. But as I said, I’d stand by my choice of a Gewurz for the Quick Indian Spinach and Chickpeas. I’d be inclined to think the Sipp Mack Gewürztraminer, which I’ve enjoyed with other Indian dishes, would be a good choice if you pick up a box of the India in a Box Pav Bhaji for yourself. 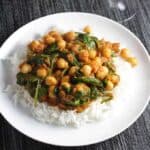 Tasty Quick Indian Spinach and Chickpeas is made easy with Pav Bhaji mix from India in a Box. 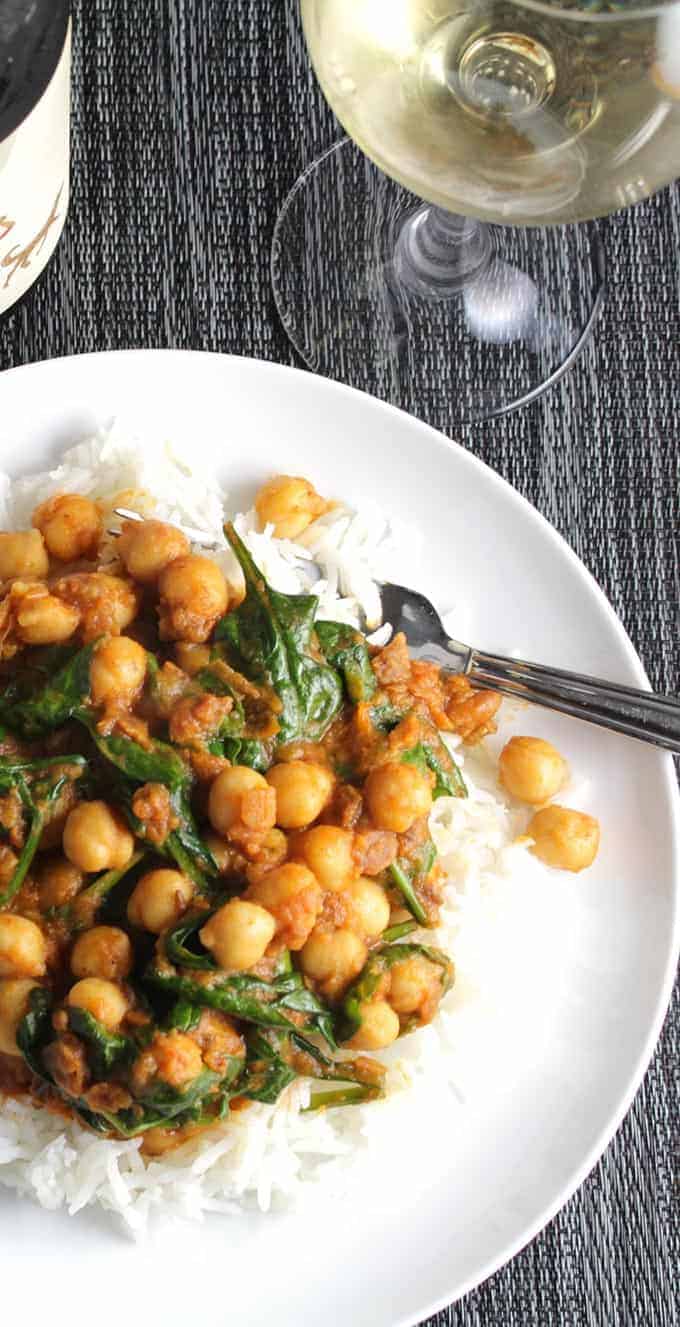