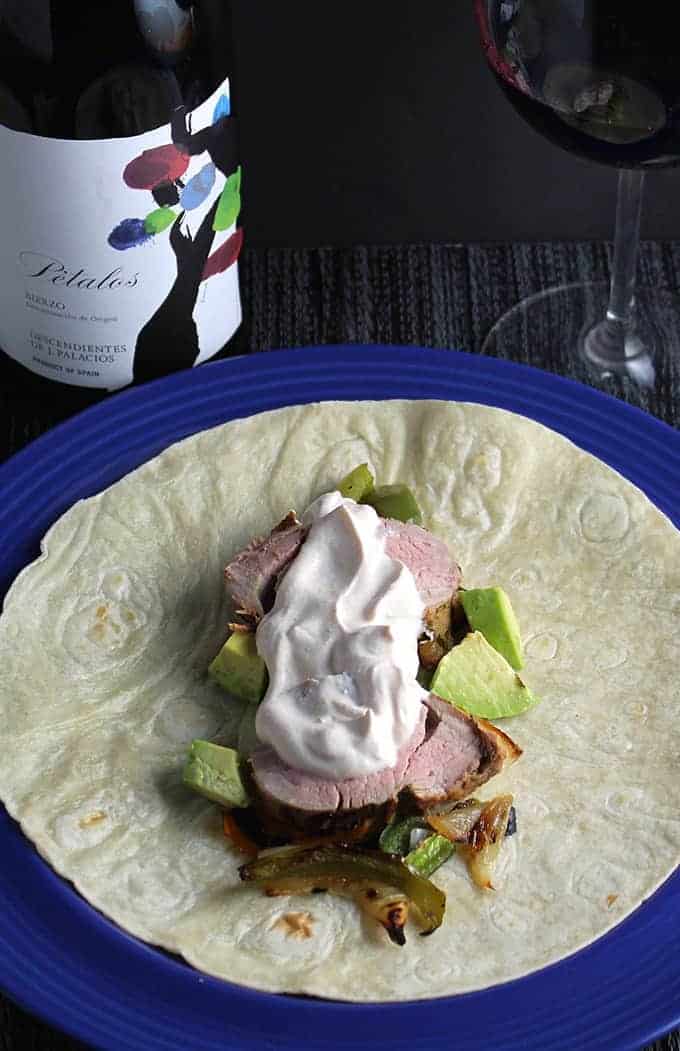 Cinco de Mayo had food bloggers sharing lots of tasty Mexican recipes, including my Cinco de Mayo Pasta. The Wine Pairing Weekend (#winePW) crew was no exception, but hold the tequila for us! For this month’s #winePW, Christy from Confessions of a Culinary Diva asked us to pair wine with Mexican food. So I decided to serve up Spanish wine for pork tacos.

Grilled onions and peppers and some diced avocado also get set out on the make your own taco bar here along with the pork. Things get topped off with a chipotle cream. Yum! 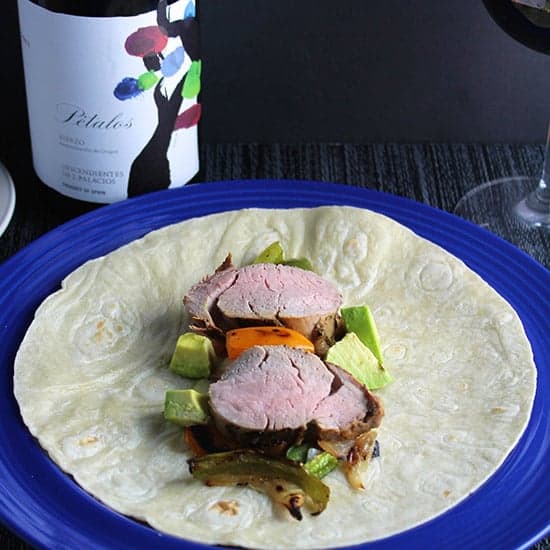 Wine pairing: I’m impressed to see that at least one of our #winePW bloggers has found Mexican wine for their pairing. When I have Mexican, I tend to think of wine from South America or Spain. I went with Spain this time. 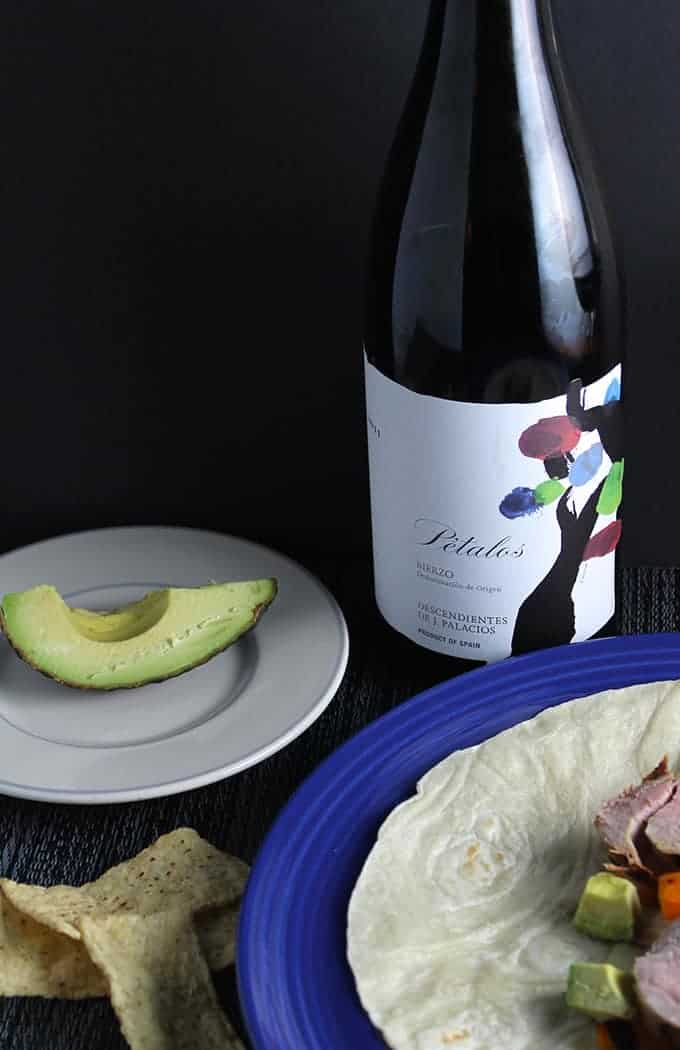 I used this event as an excuse to pick up a bottle of Petalos Bierzo, which I’d enjoyed some time ago. The wine is 100% Mencia grapes, a Spanish varietal typically found in the northwestern part of the country, including the Bierzo region. This bottle is the 2011 vintage.

I got lavender on the nose of the Petalos Bierzo along with a taste of big berry fruit and a bit of leather. The wine softens in the glass, and has a bit of spice. The wine is big enough to stand up to the meaty pork tacos, and some subtlety that works with the other flavors in the taco. A winning wine pairing for pork tenderloin tacos!

Be sure to check out the great pairings from all the #winePW bloggers!

Join us at 11 am ET/8 am PT for a live twitter chat on Saturday May, 9th by using the hashtag #winePW. Stay tuned for more details about the next Wine Pairing Weekend event on Saturday, June 13th.

« Cinco de Mayo Pasta
Collards and Kale Cookbook: 20 Recipes That Will Have You Loving Your Greens »