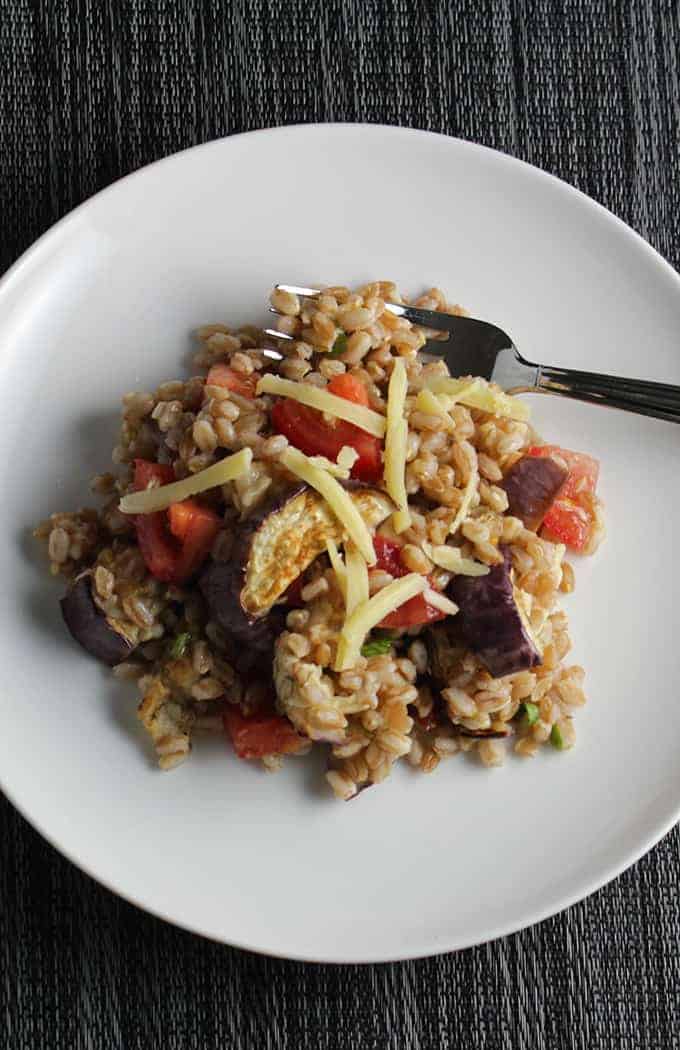 A pasta salad is the first thing I think of for a “food that travels”, which is the theme of today’s #SundaySupper. Pasta salad is certainly a nice option to bring along for summer outings, but a farro dish can be a nice change of pace. This ancient wheat variety has a nice nutty flavor, and is very substantial. I have typically served farro hot immediate after serving, but this Farro with Eggplant and Tomatoes dish came out very nicely when served cold.

I find cooked dishes being served cold often need something to provide enough flavor when the food isn’t hot. A bit of pesto has done the trick for me in some cases. In this farro recipe, pomegranate molasses did the trick. Just a little bit added a noticeable flavor boost to the dish. If you don’t have pomegranate molasses, you could probably substitute balsamic vinegar. But it’s worth picking up if you can find it–make some of this Muhammara Spicy Red Pepper Dip with it too. 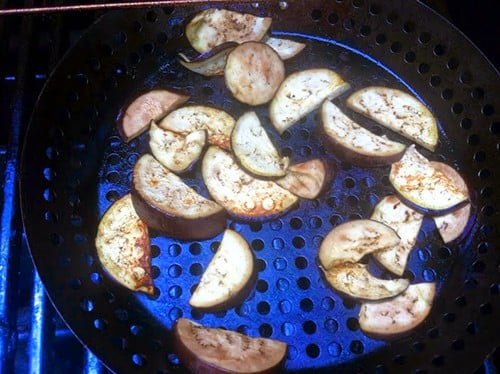 If you’re not a big eggplant fan, I was with you until I found out how much I liked it grilled. Be sure to salt it first as instructed, I find it makes a big difference. Grilled eggplant adds a nice caramelized quality to it; I have also roasted eggplant for this dish with good results. 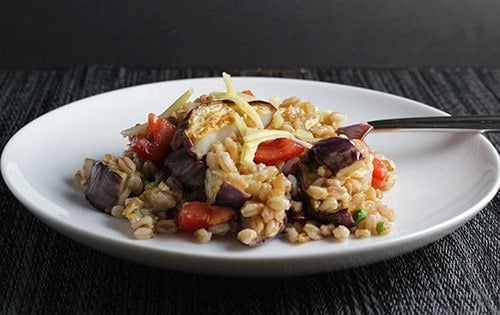 I toss the farro with cheddar here, but feta or mozzarella could also work well. I have the Farro with Eggplant and Tomatoes recipe listed as a side dish, thinking in terms of something you could bring along to serve at a cookout or picnic with other things. It’s a great side dish with steak. However, this farro recipe definitely has enough substance to serve as a vegetarian main along with a green salad. The recipe is listed as having six servings as a side, it would make 4 main dish servings. Side or main dish, give it a try and enjoy! 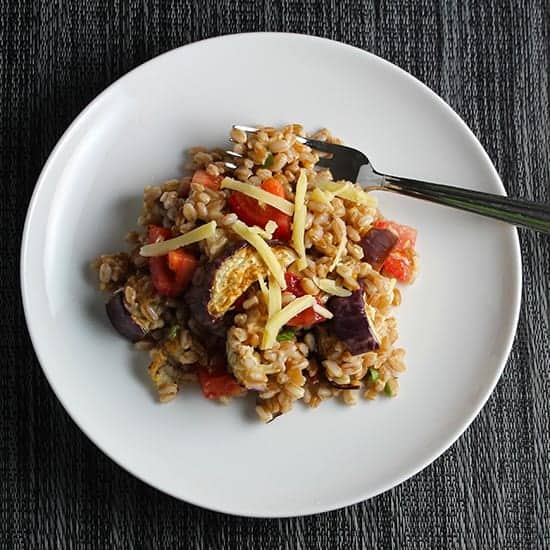 Farro with Eggplant and Tomatoes 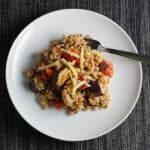 Farro tossed with eggplant, tomatoes and cheese for a hearty side dish that could also be served as a main along with a green salad.