Grilled Cilantro Lime Pork Tenderloin with Chipotle Cream is a big flavored main dish from the grill. Definitely one of our favorite recipes! Allow at least an hour for the pork to marinate prior to cooking, in addition to the 10 minutes active prep time listed. 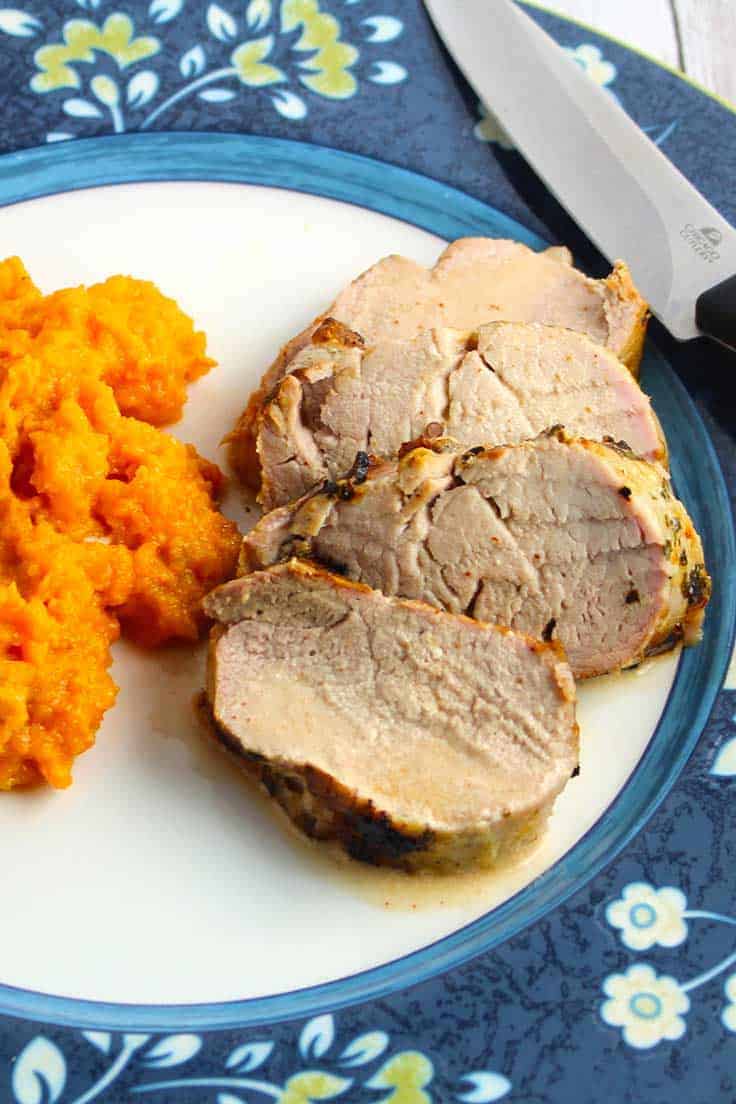 It’s hard to pick favorites, but this Grilled Cilantro Pork Tenderloin with Chipotle Cream is very high on my list of meals I like to make from the grill. I like many forms of pork, but especially like the delicate touch of pork tenderloin, which is great served up with a variety of flavorful preparations.

This recipe get lots of big flavor from the cilantro lime marinade, which also includes plenty of garlic. A quick chipotle cream adds even more great taste. If you like pork and spice you’ve got to try this grilled cilantro lime pork tenderloin! 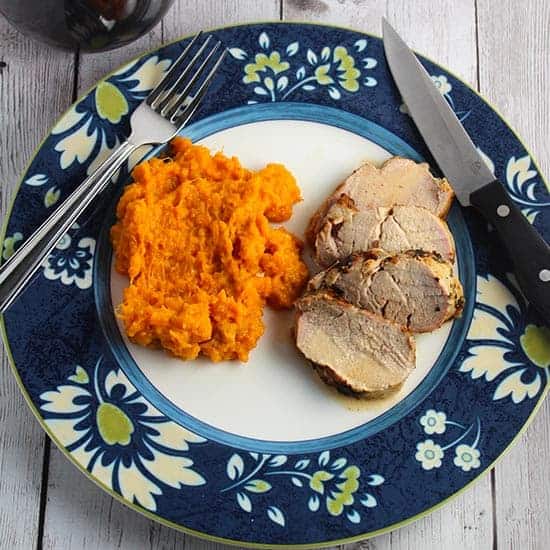 The recipe lists heavy cream, but I substituted coconut cream the last time I made this recipe. That’s why the cream looks quite light in the photos, but it still packs some good chipotle flavor.

Pretty much every time I make this grilled pork tenderloin recipe, I serve it with Sweet Potatoes with Cumin Sage Butter. I’d encourage you to try this combo!

I liked the way this pork tenderloin recipe paired with a Bonny Doon Syrah when I made that pairing for the first Wine Pairing Weekend event, so I thought I’d with a Syrah based wine once again. We paired our pork tenderloin with the 2013 Ermitage du Pic St. Loup Tour de Pierres, a blend of 50% Syrah, 40% Grenache and 10% Mourvedre. Pic St. Loup is in the Languedoc region of France. 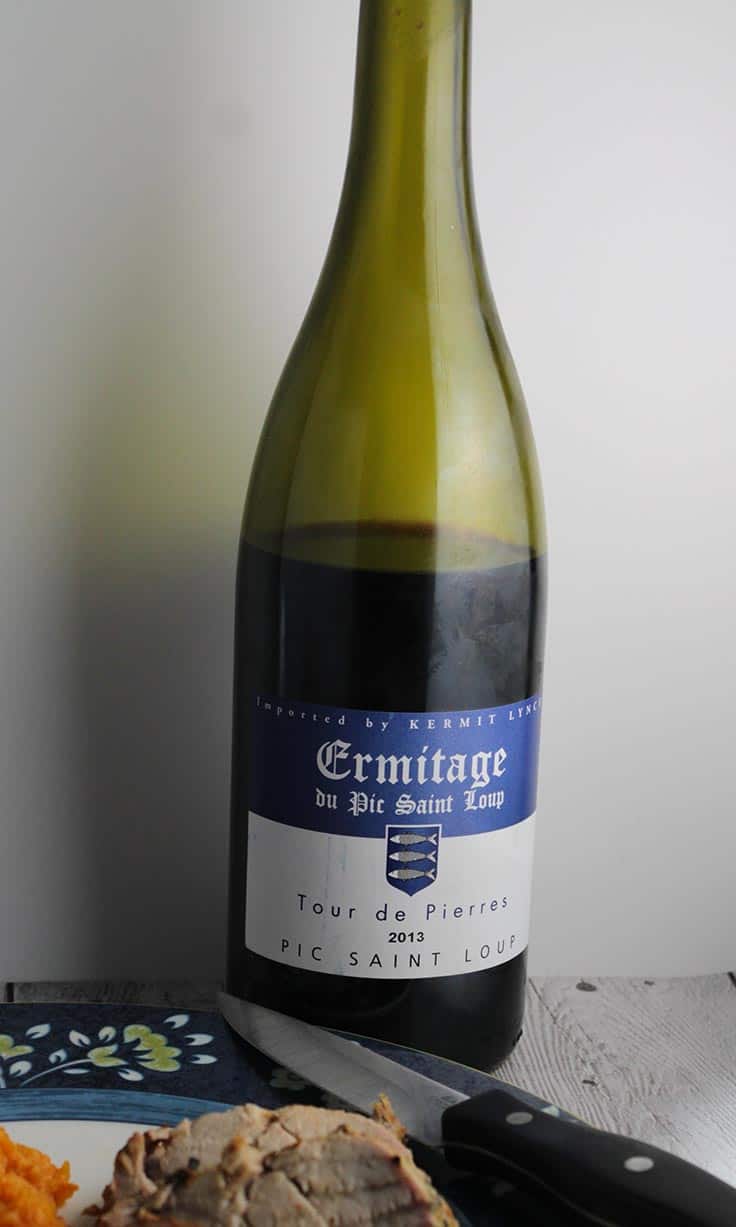 This Ermitage du Pic Saint Loup has a dusky nose.  Black cherry fruit with some anise flavor on the taste. I served the wine at cellar temperature, but I suspect serving it slightly chilled might work nicely. This is a good bottle of wine. I’d describe it as a pretty good pairing, but will probably experiment with something else next time I make Grilled Cilantro Lime Pork Tenderloin…which I will certainly do again soon! 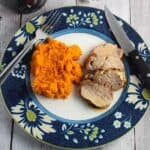 Pork tenderloin with a cilantro lime marinade gets grilled to juicy perfection and topped with a quick chipotle cream sauce.