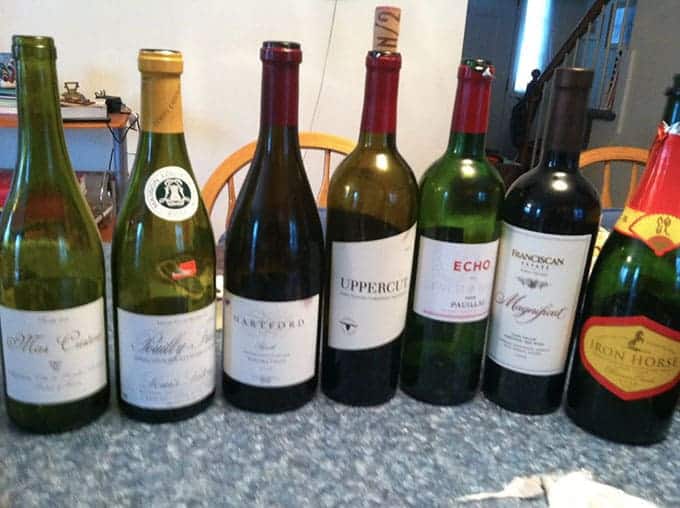 Saving a great bottle of wine for that special occasion that still hasn’t rolled around? Well, Open That Bottle Night  2013 (OTBN) can be that occasion! Always the fourth Saturday of February, I’ve enjoyed observing this tradition for several years now. This time, the rest of my family was out of town for the weekend, so organizing an OTBN gathering seemed like a fun way to keep myself busy in their absence.

As you can see, my friends and I assembled and sampled quite a lineup of wines! But of course, any time we start talking about enjoying wine, food needs to be in the conversation. My preparation for the day started on Friday, getting the beef marinading for stew the next day. 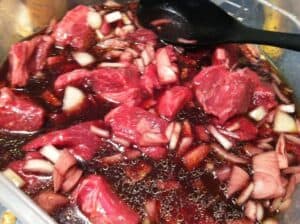 My friend John had a conflict on the official OTBN, so he offered to stop by with some OTBN worthy wines on Friday as I was getting things ready for the next day. 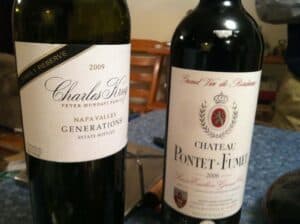 The 2009 Charles Krug Reserve Cabernet and the 2006 Chateau Pontet-Fumet made for a great start to the wine-focused weekend! The incredible silky mouthfeel of the Krug sticks with me 2 days and quite a few bottles later. John also brought some serious steaks over to go with the serious wine… 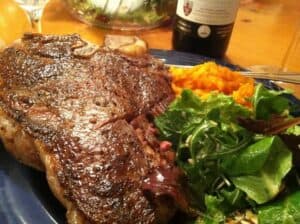 Friday was a great start to the weekend of wine and food fun. Saturday I got busy early browning the beef and getting the stew going. 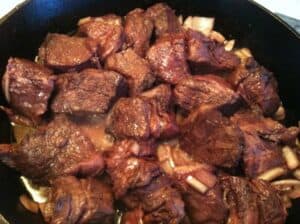 Then it was time for the guests to arrive to observe Open That Bottle Night 2013…armed with great food and wine! For starters, we enjoyed this pork tinga, a very tasty Mexican pork dish served homemade chips. 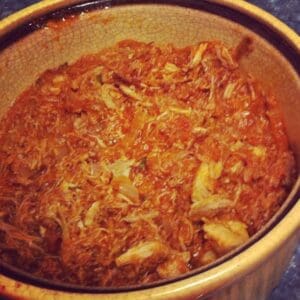 And an onion and jalapeno pizza with some nice kick! 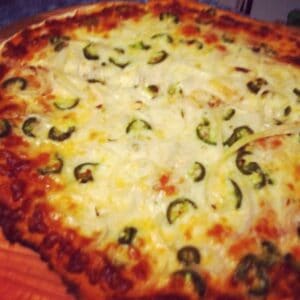 It wasn’t a true OTBN wine, but when I tasted the 2010 Mas Cristine Blanc Roussillon blend earlier that day at Pairings, I correctly thought it would work with some spicy apps. That was followed by a 2011 Maison Louis Latour Poiully-Fuissé, another tasty white that worked well with the pate and cheeses. I also made some Muhammarra (spicy red pepper dip) for the early nibbles. Then it was on to some salad–needed to get some greens with all the rich foods! 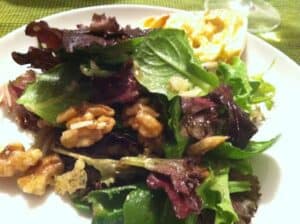 My aim was to use the walnuts and parm cheese in the salad to help it stand up to the reds I correctly suspected we’d be into at that point of the evening. One of my favorites of the evening was opened around this time… 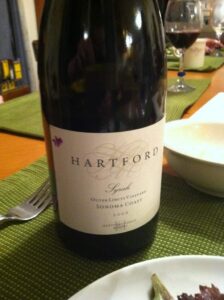 I’m partial to wines that come with a story. New friends Deshea and George talked of their visit to Sonoma, and their trials and tribulations getting some of their wine discoveries shipped home. Fortunately they managed to get this 2006 Hartford Sonoma Coast Syrah out of California, as it was a great wine. They’d held it in their cellar for a few years, and I’d say it had reached optimal drinking state. Nice berry fruit and a long finish. Yum! Such big wines whet our appetites for some beef!

If memory serves, the Syrah was followed by a big Napa wine, the 2010 Uppercut Cabernet Sauvignon. My friend Praveen had first tried this at Capital Grille, and correctly thought this would be a great contribution to the evening. It’s a big, tannic cab that definitely stood up to the beef. This was the only one we decanted, as it’s clearly a young wine that could be put down for several years. We still had room for one more big red after the Uppercut… 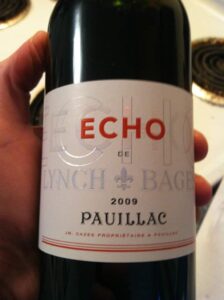 The 2009 Echo de Lynch Bages is a cab dominated Bordeaux. This was my official OTBN bottle. I’d received it for Christmas, and had heard good things about it…so was waiting for just the right meal to have it with. I picked the beef stew for the night with this wine in mind! Wines put off can sometimes build up expectations unrealistically high, but this one did not disappoint. Definitely give this a try if you get a chance!

There was one more Open That Bottle Night 2013 contribution to go with dessert. 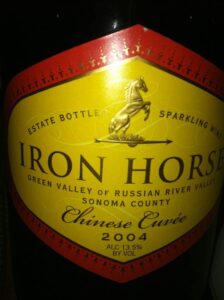 The 2004 Iron Horse Sparkling Wine from the Russian River Valley stood up nicely to a bit of aging. Clean, crisp and just a touch of sweetness, a perfect finish to the evening! Did you celebrate Open That Bottle Night 2013? Tell us about it!

« 6 Courses of Food & Wine: Cooking for the Cause Lineup
A Taste of Saratoga Springs »