I wanted to keep the good recipes coming while we enjoy a brief family vacation! So I asked Cynthia Rusincovitch, who blogs at My Nourished Home to share about her healthy approach to food along with a tasty recipe. 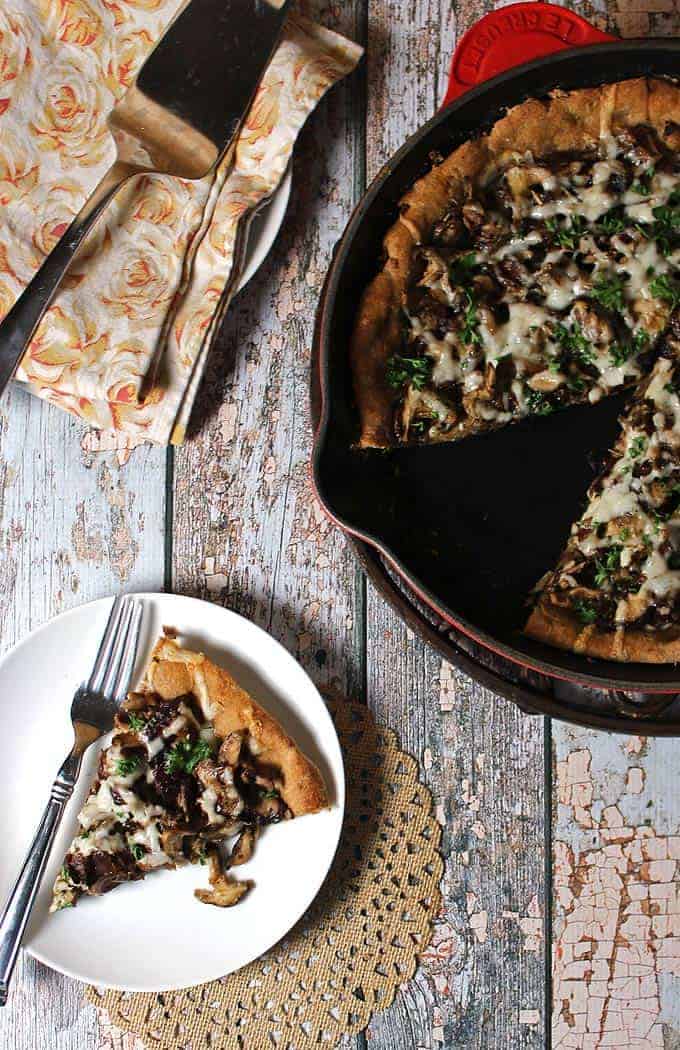 When our family decided to give up refined food 2 years ago, I committed to stop opening boxes and bags for meals and gave myself a big pat on the back for doing such a healthy thing for my family. Then spend the next 3 months (okay, maybe 6 months) trying to get through the day without crying because I spent so much time cooking and doing little else. My husband and I have 3 kids – a teenager and two toddlers. So not only were they all eating 3 meals plus snacks every day from my kitchen, they were eating at very different stages when we started this journey.

It is not a surprise to anyone that refined foods, particularly flours and sugars should be enjoyed in moderation. But it was an overwhelming surprise to me that they were in everything! Once I began reading labels and really understanding what I was reading (did you know there are more than 60 names for refined sugar in packaged goods?) I was one part appalled and three parts terrified because I had no idea how to cook without the pre-packaged conveniences found in the grocery store aisles.

At some point, it occurred to me that my grandmother had 4 sons. Can you imagine feeding a family of 6 with 4 teenage boys without any packaged food? But with that thought came the recognition that it could be done. I set about my kitchen trying to figure out how to make more food but spend less time cooking before I had a nervous breakdown. What I found was that cooking, while not always easy, isn’t really all that hard either.

Before becoming a full time, whole food blogger, I spent fifteen years as a marketing executive. Rule number one in marketing is that you create the problem that you solve. If I want to sell you a new widget, I first have to create the need in you for the widget before I can sell it to you. All the years I spent in marketing, it never once occurred to me that very principle was being used with regard to the food I was feeding my family. 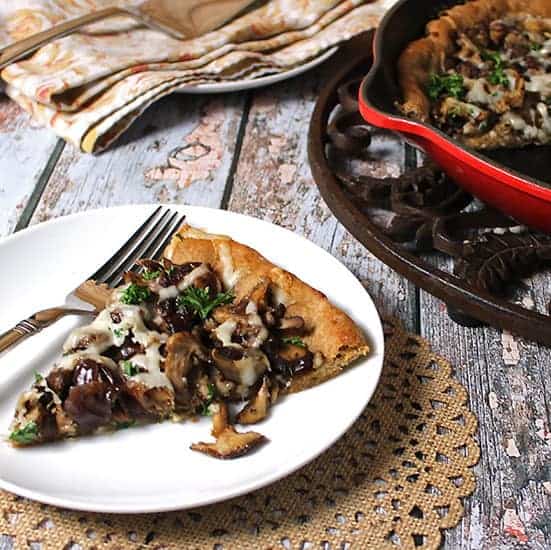 My mother never told me cooking was too hard, my grandmother certainly didn’t. I came to that conclusion all by myself with help from lots of advertising dollars spent by companies who wanted to sell me something.  My blog My Nourished Home, originally called Whole Food | Real Families, was born around this time out of my excitement in learning that I could feed my large family real food without going completely insane.

After the subsequent smack to the forehead, cooking became so much easier and more fun. I no longer stressed about what I couldn’t do in the kitchen and just started channeling my grandmother. By the way, the first lesson was to stop thinking about the meal in front of me and start thinking about meals (plural).

In the recipe below, you notice that it makes two whole wheat pizza crusts. Don’t need two? Freeze one and thaw it in the refrigerator for an easy dinner next week. Need two crusts? While the first set is rising, mix up a second batch while your dishes are dirty and your ingredients are already on the counter. Then freeze them both for dinner next week. You want caramelized onions and mushrooms but your kids want pizza? Toss one in the skillet and one on a pizza pan with sauce and mozzarella.

I hope you enjoy the Skillet Pie with Caramelized Onions and Mushrooms. It is one of my family’s favorite dishes. The crust is crisp on the outside and tender on the inside like good pizza crust should be. Served with a salad, it is hearty and satisfying. I also love that while this recipe takes a little longer on the clock, it is mostly passive time and easy to double. I just set the timer on my oven so I don’t forget about the next step and go on about my day. Enjoy! 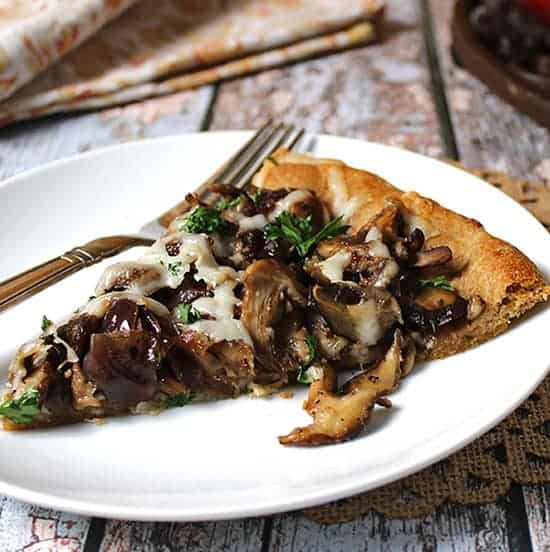 No need to call for takeout pizza when you can make a tasty Skillet Pie with Mushrooms and Caramelized Onions with wholesome ingredients.

If you like this recipe, check out Three Cheese Pizza with Whole Wheat Crusts over on the My Nourished Home site.