This month we had a chance to discover Chiaretto Rosé with the Italian Food, Wine and Travel Group. Read on to learn more about this dry rosé from Italy, and some of the foods that pair well with Chiaretto. Disclosure: The wines discussed were provided as complimentary samples.

One of my favorite wines during a recent trip to Abruzzo was Cerasualo, a rosé wine made from Montepulciano. So when I had a chance to try another Italian rosé called Chiaretto, I was eager to discover this new to me rosé.

Chiaretto di Bardolino, or simply Chiaretto (pronounced key-ar-et-toh), is a pale rosé produced in Northern Italy on the shores of Lake Garda. 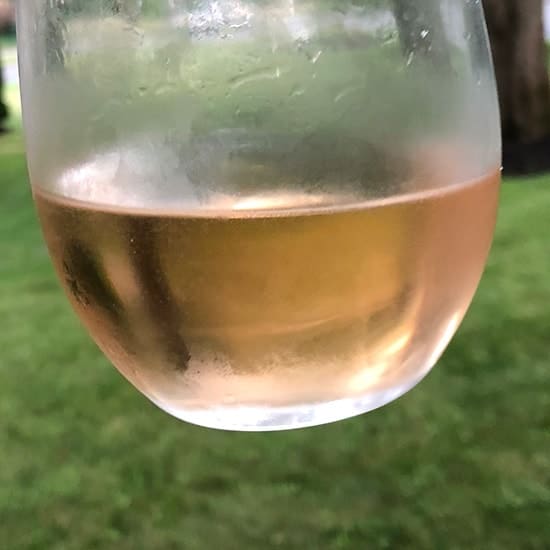 In Italian, “chiaro” means “pale” and Chiaretto means something beyond pale. The winemaking process to produce Chiaretto involves limited skin contact, giving it the light hue. Corvina is the primary grape used in Chiaretto, along with grapes such as Molinara and Rondinella. These are the same grapes featured in red wines from the region such as Valpolicella and Amarone.

Our Chiaretto discovery mission started with the 2017 Domini Veneti Bardolino Chiaretto Classico (12.5% ABV). This lightly colored Chiaretto rosé wine has a fresh nose, with watermelon fruit, notes of apricot and a hint of spice. Don’t let the light color fool you–this wine has plenty of flavor. 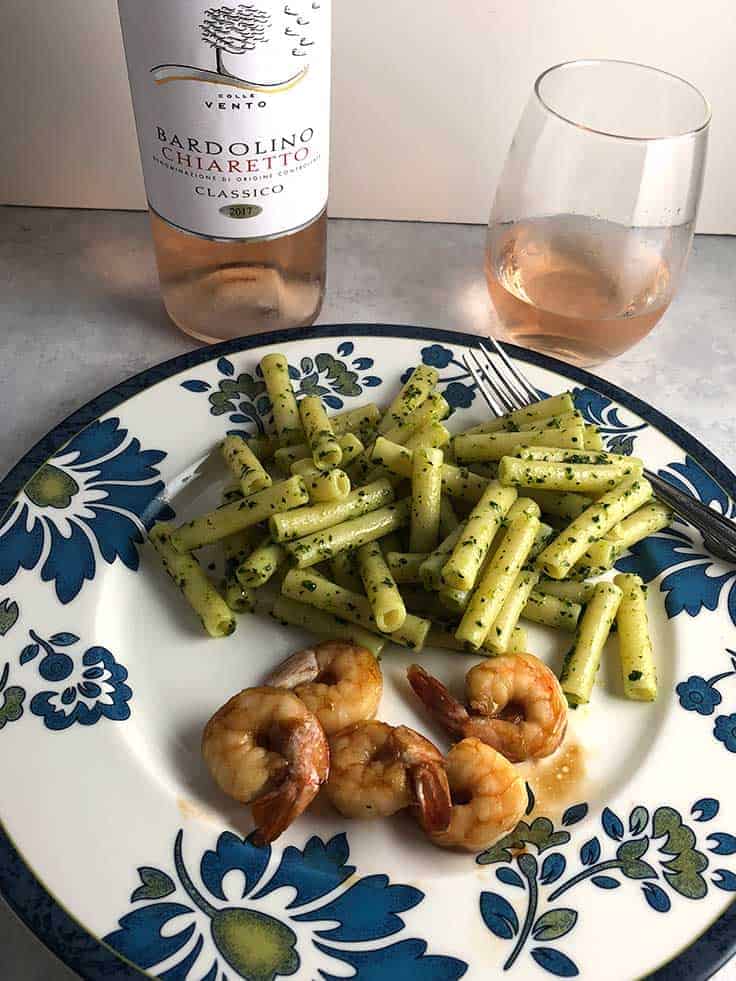 The Domini Veneti Chiaretto is very pleasant to sip on its own, but also paired well with our meal. We had this Chiaretto with a plate of Easy Sautéed Shrimp and some Ziti with Kale Pesto. The Chiaretto worked quite well with the pesto, cleansing and refreshing our palate after the zesty sauce.

But I’d have to say the winning pairing for the Veneti Chiaretto was the sautéed shrimp. In addition to the taste profile I mentioned, I also detected some underlying minerality that made the Chiaretto work very well with the shellfish.

There is some history to that minerality. The hills where the Bardolino Chiaretto is grown were created by ancient glaciers which took rocks from the mountains and move them downwards. 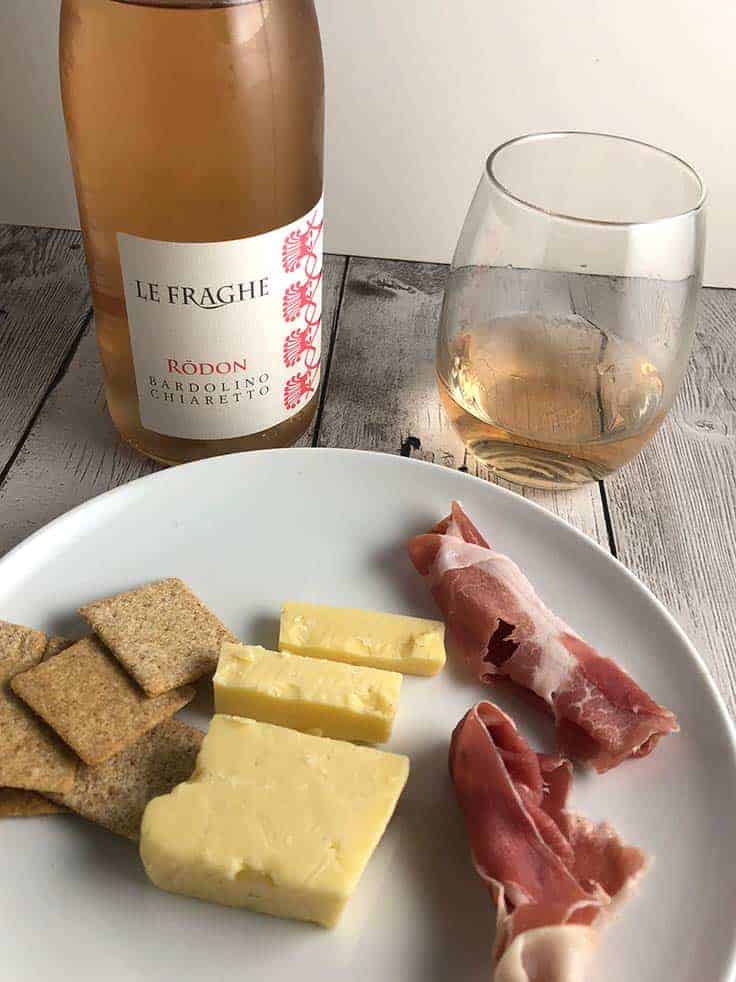 The other night we had a chance to open our our second Chiaretto sample, the 2017 Le Fraghe Rodòn Bardolino Chiaretto ($14, 12.5% ABV). This Chiaretto rosé has the typical pale color in the glass, with a subtle floral nose, a scent of hibiscus. Watermelon and kiwi fruit taste, a bit lighter bodied than the Chiaretto from Domini Veneti.

The Fraghe Rodòn is made from a blend of Corvina and Rondinella grapes. The vinification method, as described on the winery website:

The two grape varieties, Corvina and Rondinella, are vinified separately. They are given a cool-temperature, 6-8 hour maceration on the skins, which extracts just enough colour to give a lively, medium-bodied hue to the juice.

We did also try the Fraghe Chiaretto with pasta dish with sausage, onions and peppers. The wine was a bit light to stand up to the sausage. From my initial sampling of Chiaretto, this rosé seems best suited for appetizers and lighter fare such as shellfish and salads. And keep Chiaretto in mind for sipping poolside or on the porch!

So if I’ve whet your appetite to learn more about Chiaretto rosé, and to try it of course, check out what my fellow writers in the #ItalianFWT group have shared about this wonderful wine form Northern Italy: