We cooked a South African Chicken on the grill and served with the traditional side dish “chakalaka”, to enjoy along with a bottle of Chenin Blanc. Allow 3 to 4 hours for the chicken to marinate before quickly grilling it. Disclosure: We received the wine as a complimentary sample from Wines of South Africa. 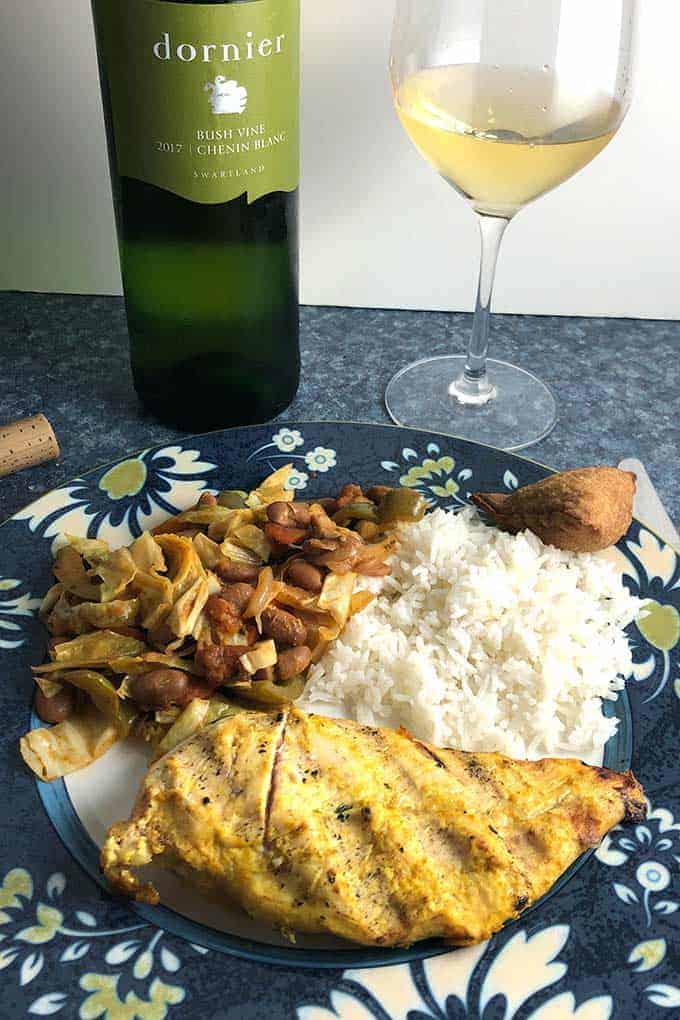 I eagerly raised my hand when Jen from Vino Travels mentioned that there was an opportunity to sample some Chenin Blanc from South Africa. I’ve had a few that I’d like, but don’t know a lot about South African wine in general. Always enjoy the opportunity to learn more!

Thinking about South African food, I recalled quite a few years back making a South African curried chicken recipe. South Africa is one of those countries at a geographic crossroads that bring many diverse influences to its cuisine.

Cape Malay cuisine brings together traditions of Malaysia, Indonesia and East Africa, in the Western Cape of South Africa. That’s the style of curry I made before, and I thought something along those lines would work with the Chenin Blanc.

The night I planned to open our Dornier Chenin Blanc, I was more in the mood for grilling outside than a long simmering curry dish. So I though about making some South African chicken on the grill, inspired by the Cape Malay flavors. 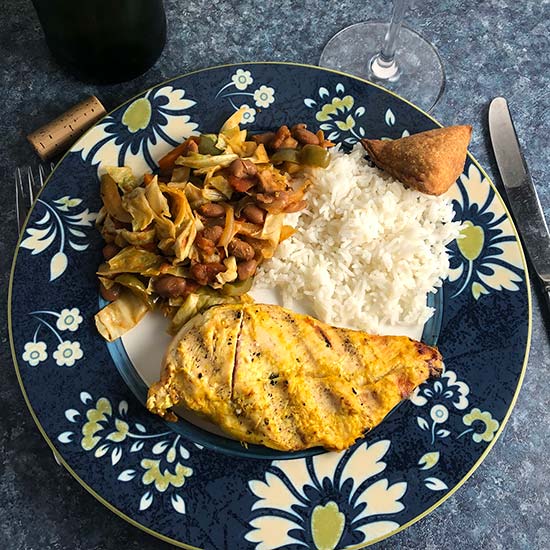 I made a yogurt based marinade filled with those South African curry flavors–fresh ginger, coriander, turmeric and cinnamon.

The chicken marinates for 3 to 4 hours, resulting in a juicy, flavorful chicken. I used chicken breast fillets, so it is key to monitor them closely to avoid overcooking.

Before mixing the marinade with the chicken, you pull out a couple of tablespoons of the yogurt / spice mixture to use as a flavor boost topping the chicken. 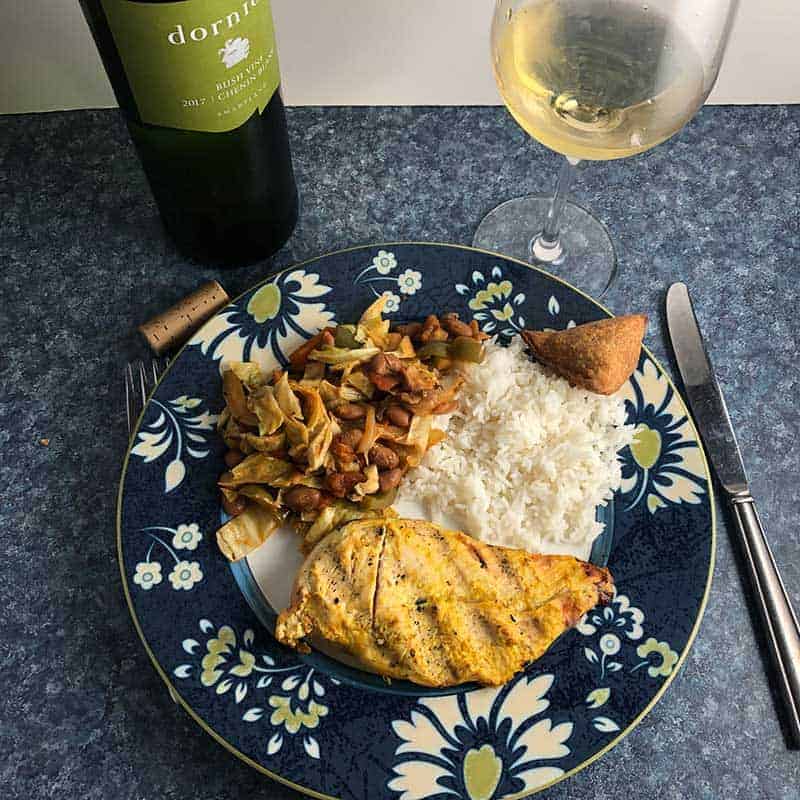 My chicken recipe is more “South African inspired” than an authentic recipe. That’s often the way I roll.

But as a side dish, I decided to make chakalaka, a traditional South African side dish featuring cabbage, beans and plenty of spices.

I pretty much followed this chakalaka recipe from Immaculate Bites, with the notable adjusting down of cayenne pepper from 1 teaspoon to about ¼ teaspoon. And it still packed plenty of heat! But kept it within the range of being enjoyable with the wine…which is of course a priority for us!

This chakalaka dish is definitely a good side to add some nutritious veggies along with your grilled meats. I served it warm, but chakalaka is often served cold, so keep it in mind as a make ahead / bring along side for summer gatherings.

We also served the chicken and chakalaka with some rice and vegetable samosas.

As I mentioned we had a chance to sample the 2017 Dornier Chenin Blanc (14% ABV).  I really liked this South African white wine! Very well made Chenin Blanc. Let’s break down the tasting notes:

I also noted the complexity of the Dornier Chenin Blanc. The wine is aged in a combination of stainless steel and oak barrels, contributing to that interesting flavor profile.

Dornier Chenin Blanc is sourced from grapes grown in “bush vine” vineyards in the Swartland. Bush vines are untrellised grape vines that grow thick and low to the ground, with the canopy providing some relief from the strong sunlight.

The Swartland is a large wine producing area north of Cape Town. The Dornier winery is located in Stellenbosch, with a striking modern winery set by a rugged mountain backdrop.

The winery was founded in the 1990s by the artist Christoph Dornier, and has subsequently been taken over by his children. In addition to the Chenin Blanc, Dornier produces a wide array of reds featuring Bordeaux grapes like Cabernet Sauvignon and Merlot, as well as a Pinotage.

For another tasty Chenin Blanc pairing, check out the Ground Turkey Enchiladas we served with a good bottle from Mexico. 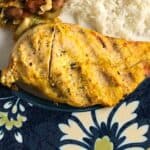 Take a look below at all the great ideas for food pairings with your South African wine. We’d love for you to join our chat on Saturday June 8 at 11 am EDT. Just look for #WinePW on Twitter and join in!