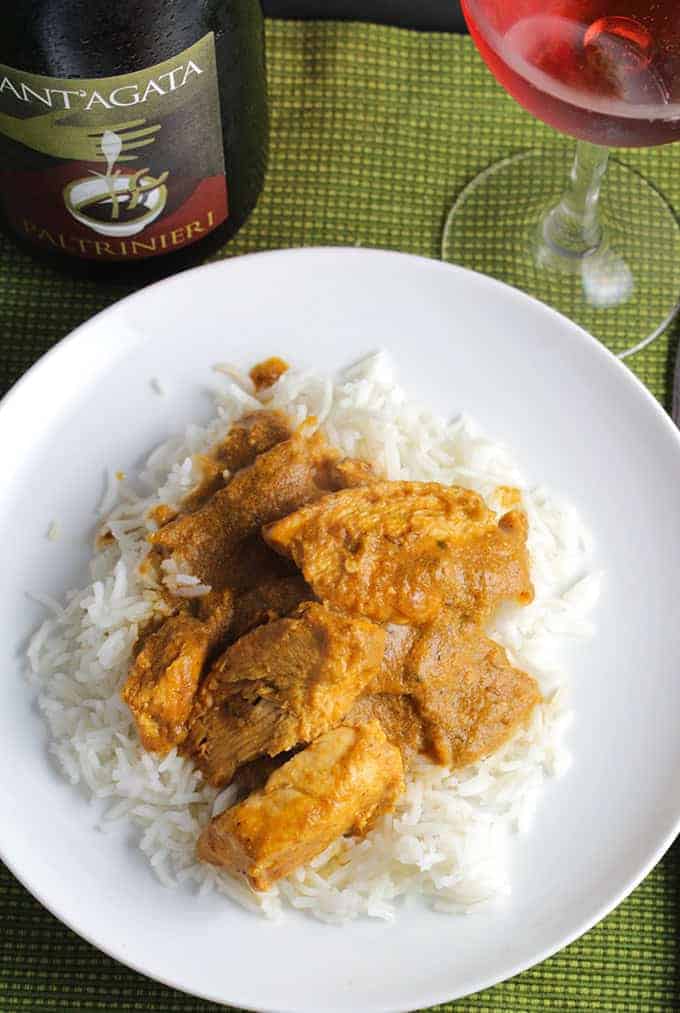 As much as I love Indian food, it is one thing I don’t make from scratch very often. Let’s face it, there are all those special spices you need, lengthy processes involved, and so forth. It is certainly not weeknight cooking. Yet I recently made some chicken tikka masala in under 20 minutes that we enjoyed with a wine pairing in the middle of the week.

India in a Box is the company that made such a quick Indian meal at home possible. I met the company’s founder, Shyam Devnani, at the popular Mass Innovation Nights Foodie event this summer. India in a Box provides ready to go Indian meals that can be put together at home in 5 minutes or so. They dehydrate the meal, so you basically add water to get a tasty Indian meal ready. The packages are pretty affordable, currently selling at $20 for a box of 4 single serving packages on their company website. 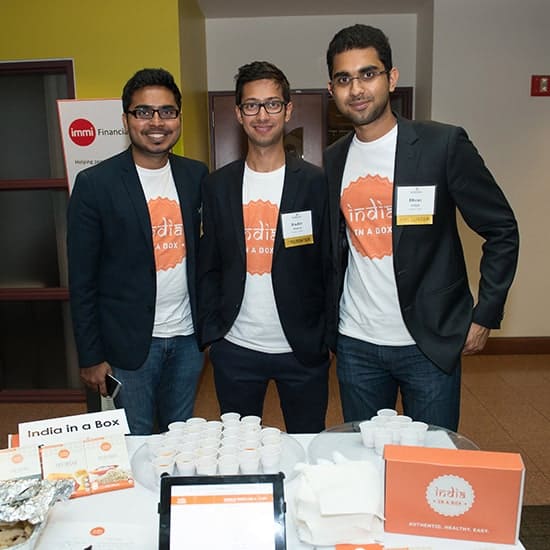 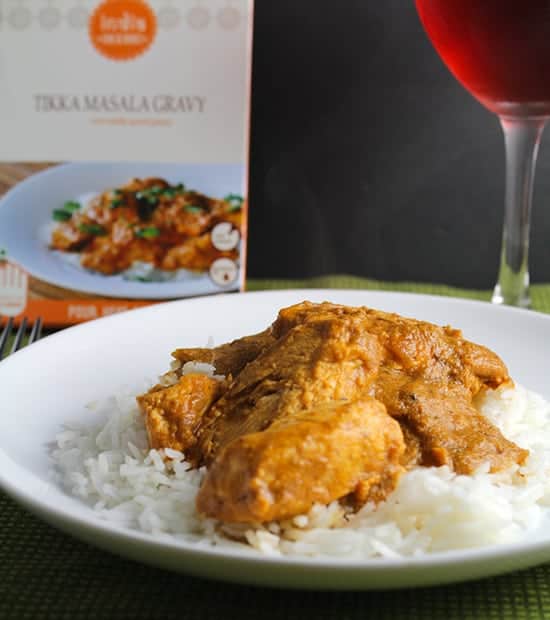 Complimentary samples were provided to me for this quick chicken tikka masala post. As always, all of the opinions expressed are my own.

I used the India in a Box Tikka Masala Gravy for this dish. All of their meals come as vegetarian preparations, enabling the customer to add the protein of their choice. I bet this gravy would be good with tofu or chickpeas, but I went with chicken…probably because chicken tikka masala is one of my favorite dishes to order at Indian restaurants, but I’d never made it at home.

Now, you could simply add some cooked chicken to the masala gravy, which takes about 5 minutes to prepare. But I thought it would be tastier if I cooked the chicken up with the gravy, adding an extra 10 minutes to the prep time. I was pleased with the results! The chicken tikka masala was very flavorful, and made a satisfying meal served over basmati rice. The box describes the masala as a “rich, mildly spiced gravy.” I would say the dish came out comparable to ordering “medium spice” at a typical Indian restaurant in the US. 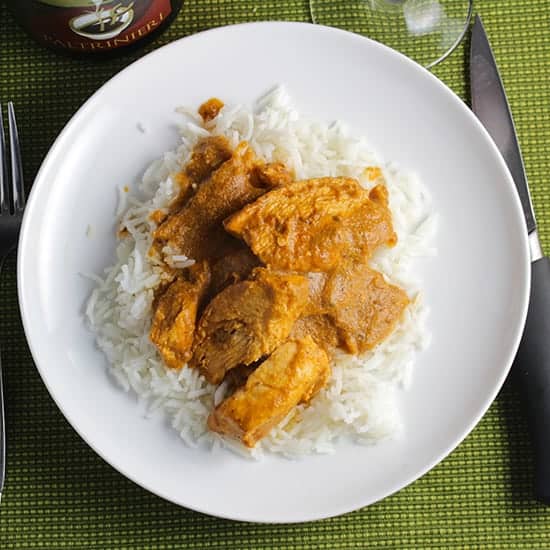 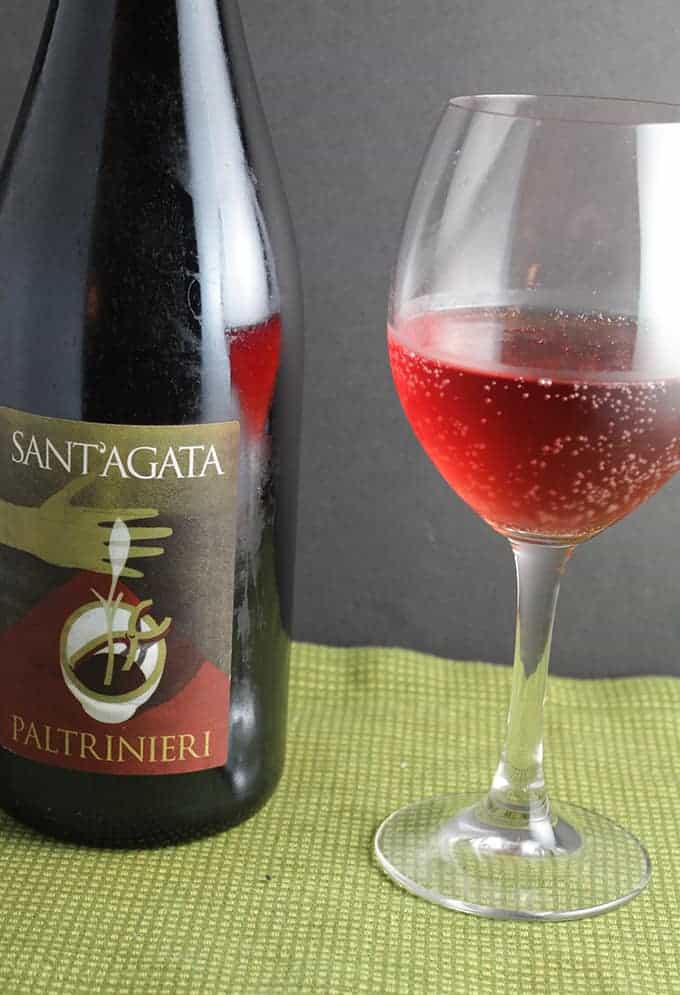 Lambrusco is a red Italian wine grape from Emilia-Romagna that typically has a bit of light bubbles, frizzante in Italian. Sparkling wine in general can be a good choice for many foods that can be otherwise challenging with wine. I sampled the Sant’ Agata Paltrinieri Lambrusco at Pairings, and thought it could be an interesting wine to try with the chicken tikka masala.

This Lambrusco has a bit of yeastiness on the nose. It’s pretty dry, the dryness and bubbles cleanses the palate nicely, refreshing after a bit of the masala spice. I taste melon in the wine, honeydew perhaps, cooking along with the Indian food. There is a bit of tartness on the finish. Altogether, I would recommend this Lambrusco or other Lambruscos you might find with the chicken tikka masala. You could probably substitute other dry sparkling wines–Prosecco perhaps–if you can’t find a Lambrusco. But the bottle I tried is a good value for under $15. 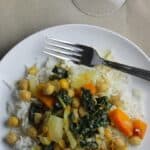 Chicken breast quickly cooks in a masala gravy from India in a Box for an easy, flavorful Indian meal.

Like the idea of Italian wine with Indian food? Check out our Kale & Butternut Curry with an Italian wine pairing. 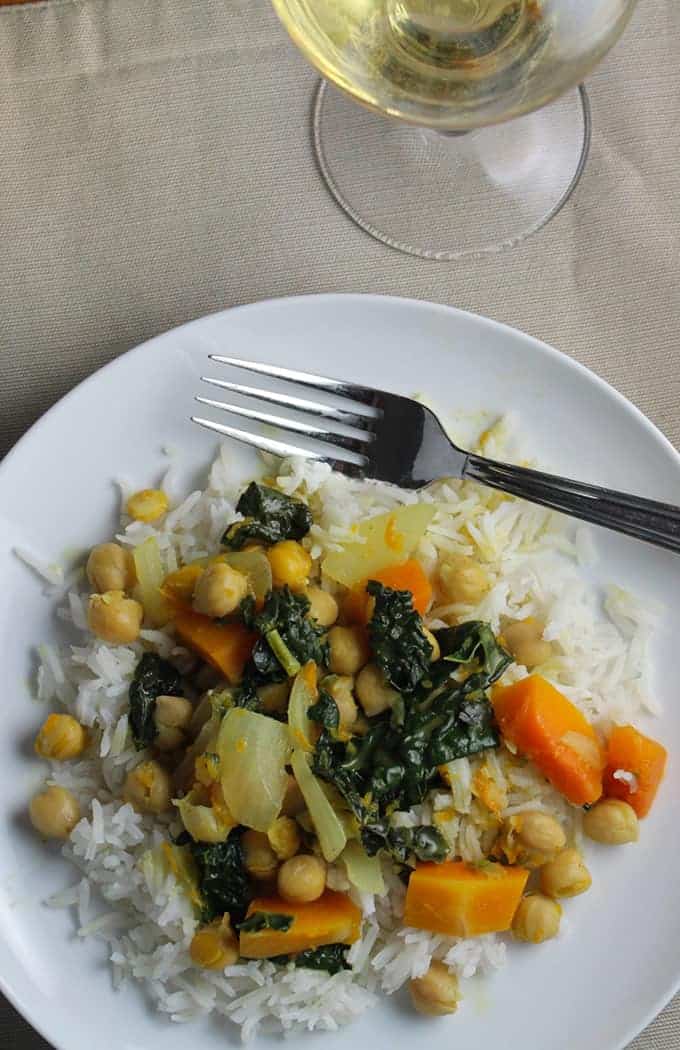