Asiago Lemon Spaghetti: Spaghetti tossed with lemon and Asiago cheese for an easy and light pasta dish. We served it with a Greek white wine called Malagousia for today’s Wine Pairing Weekend event. 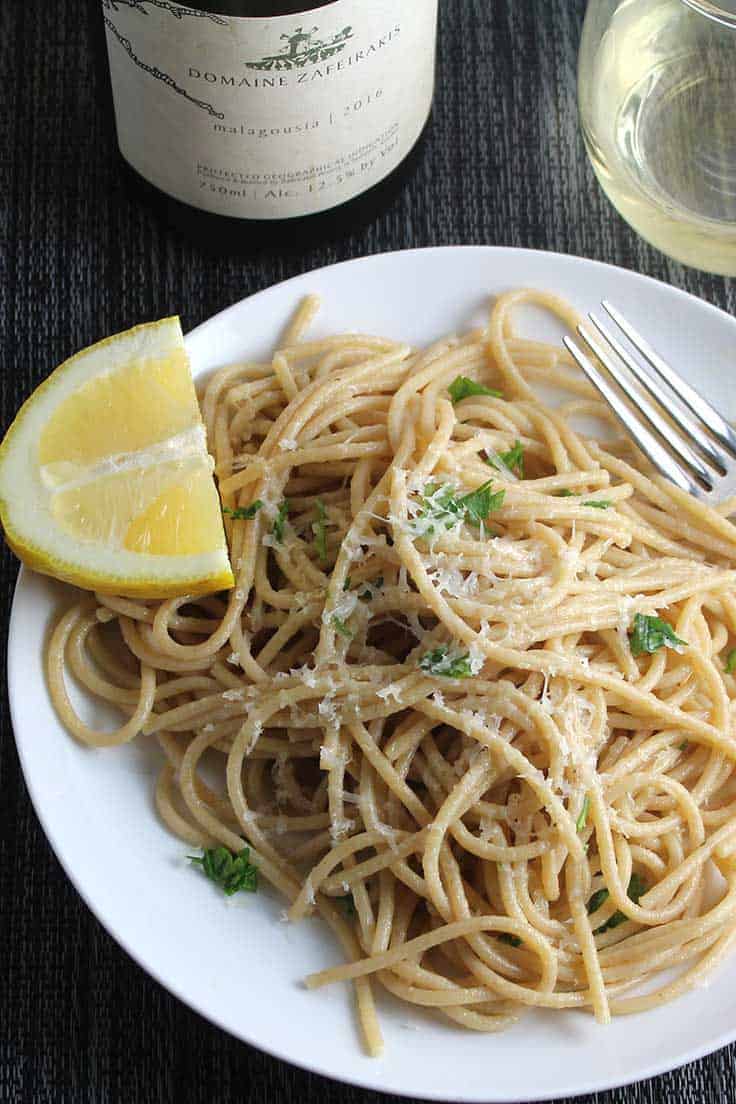 We are mixing it up with this month’s Wine Pairing Weekend theme! We typically focus on a specific type of wine or perhaps a wine region. But this month, hosted by Lori from Dracaena Wines, we are talking about wines that start with the letter “M”.

Sure, there are some obvious choices here, like Merlot or Malbec. But as someone who relishes trying new wine, I had to go off the beaten path for this one.

The timing was perfect. I had recently sampled some 28 wines at the Grand Pairing event hosted by Pairings Wine & Food. I scoured the list of wines from the event, and landed on the bottle of Malagousia for today’s theme. I paired the wine with Asiago Lemon Spaghetti, which I’ll talk about more shortly.

What is Malagousia wine?

Malagousia is a Greek white wine grape rescued from virtual extinction in the 1970s by a professor from Thessaloniki University, as recounted in this Decanter post. Once only found in a few mountain villages, Malagousia can now be found throughout Greece.

Malagousia can range in style from fresh and delicate to more full-bodied styles when it is barrel vinified. 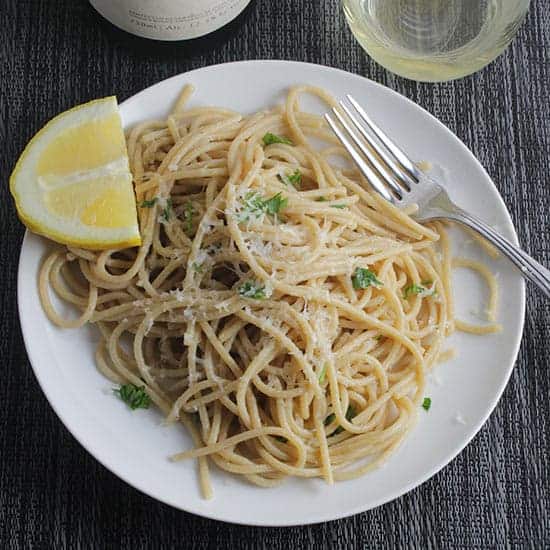 Each wine poured at the Grand Pairing event I mentioned was offered along with a food pairing, which helped thinking about pairings for the Malagousia wine. This Greek wine was served with Asiago cheese, and I recalled the pairing worked well. So I decided to make a dish featuring the cheese.

The Malagousia features citrus notes, so I thought a simple Asiago Lemon Spaghetti dish would highlight the nuanced flavors of the wine.

For another simple pasta recipe, try our Greek spaghetti! 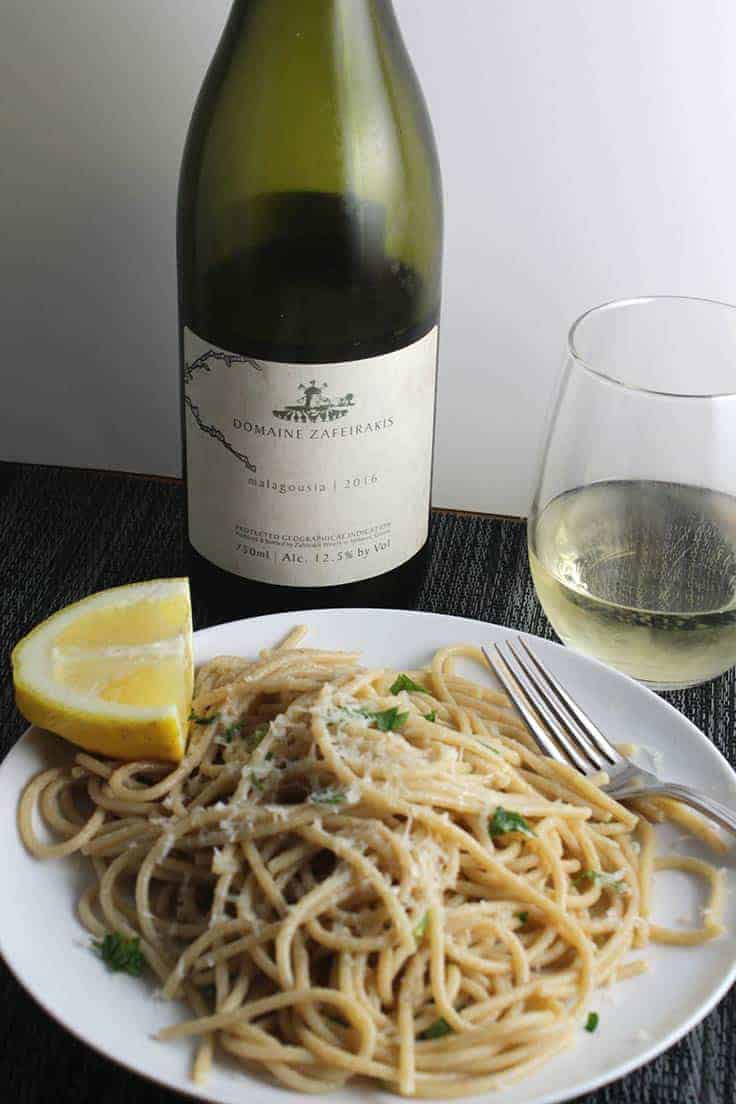 We opened the 2016 Domaine Zafeirakis Malagousia ($20, 12.5% ABV) to serve with our Asiago Lemon Spaghetti. Briny on the nose, with lemon fruit, floral undertones and notes of salinity. Medium/light bodied white wine.

As you might imagine, the lemony citrus aspects of the taste profile went well with the lemon spaghetti flavor. The salinity works well with the Asiago cheese, making this a nice pairing.I could also see this Malagousia working well with a light seafood dish.

The Zafeiraki Winery is located in region “Palaiomylos” in Tyrnavos. That location didn’t mean much to me until trying this wine! Tyrnavos is a region near the foot of Mount Olympus, in the middle of mainland Greece. I hear a lot about Olympus and such things due to our son’s interest in Greek mythology. Now I have another reason to be interesting in Greek culture–some wonderful new wines to try!

I definitely enjoyed this Malagousia white wine. I think my mother might too, so if there’s another bottle left at the shop I will have to pick it up to share for Mother’s Day tomorrow! 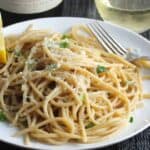 Spaghetti tossed with lemon and Asiago cheese for an easy and light pasta dish. This recipe can serve as a side or a light main course along with a green salad.

Jeff Burrows of FoodWineClick will be discussing “M” is for Marselan

Nicole on Somm’s Table is Cooking to the Wine: Recanati Marawi with Black Cod and Papaya-Cucumber Salad, Part 1

and Dracaena Wines  will be #WinePW Meets #Winephabet Street; M is for Moscatel

Join us next month on June 9th . The topic will be  Australian Wines for Summer Grilling and Gwendolyn (@ArtPredator) of winepredator.com is hosting again!!!