Cider Marinated Pork Tenderloin with Cabbage (plus a bit of bacon!) is a delicious fall recipe. We made this dish to serve with a German Riesling, and were quite pleased with the result. Disclosure: the wine mentioned in this article was provided as a complimentary sample. 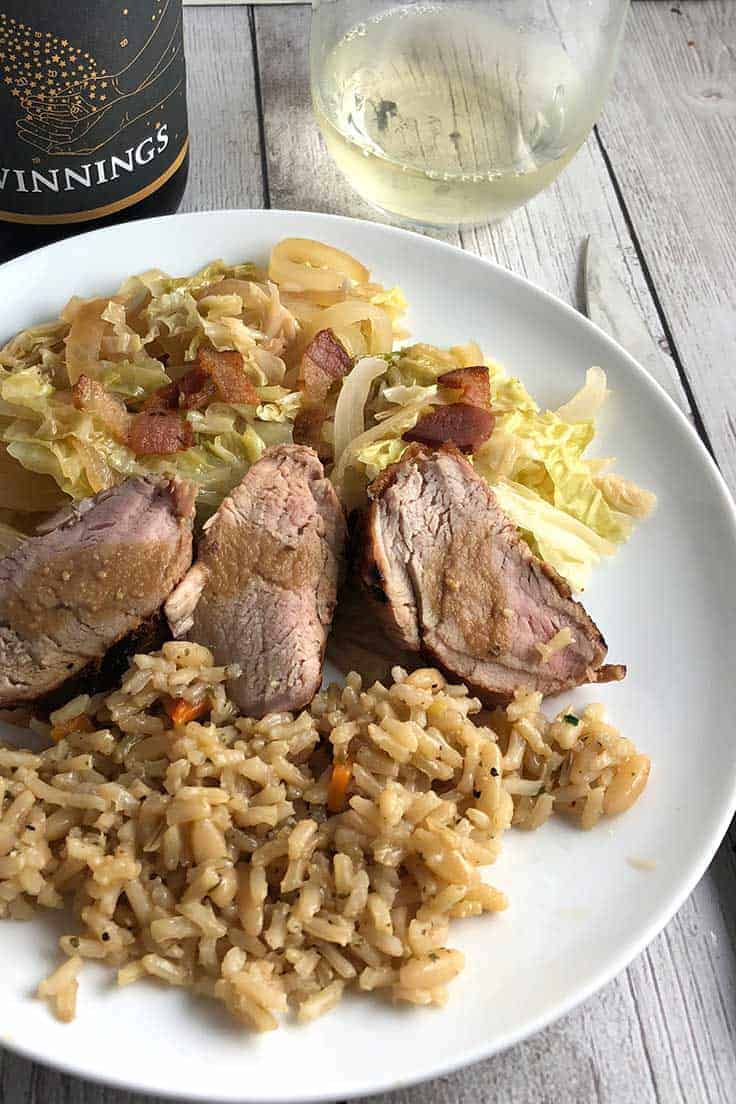 We had a box of four German white wines to sample for a Snooth live tasting a few weeks ago. Before I delved into contents of the box, I had thought they were all Rieslings. So I was thinking about meals to make to go with Riesling…

So our Cider Marinated Pork Tenderloin with Cabbage recipe was created for cooler weather and a good glass of German Riesling. Why not add a bit of bacon to round out the flavor? the bacon adds a nice flavor to the cabbage, and it is a good match for Riesling. 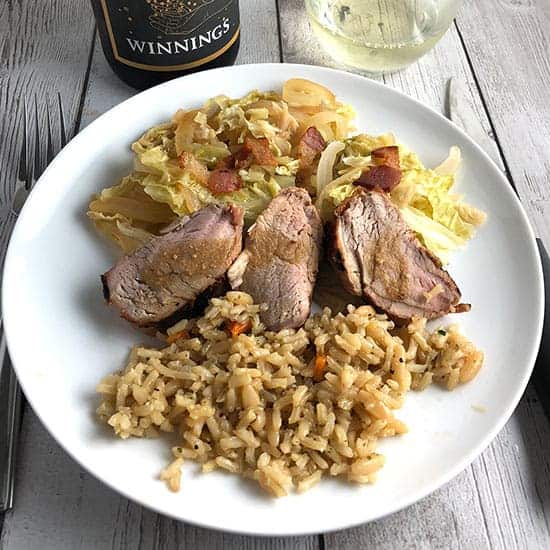 Although it was starting to get cooler when I cooked up this pork tenderloin with cabbage, it was still warm and light enough to grill the pork, so that’s how I have presented the recipe instructions.

Given that fall has arrived, I should mention you could easily roast the pork tenderloin rather than grill it. Plan on 15 to 20 minutes at 425 conventional setting or 400 convection. The other steps remain the same.

If you really want to put apple flavor on the table, you can serve the pork and cabbage with a side of apple sauce in addition to topping it with the sauce. I had some apple sauce with a bit of the leftover pork tenderloin with cabbage for the following night’s supper. It was a flavorful addition that reminded me of the pork chops with apple sauce we often had as a kid. 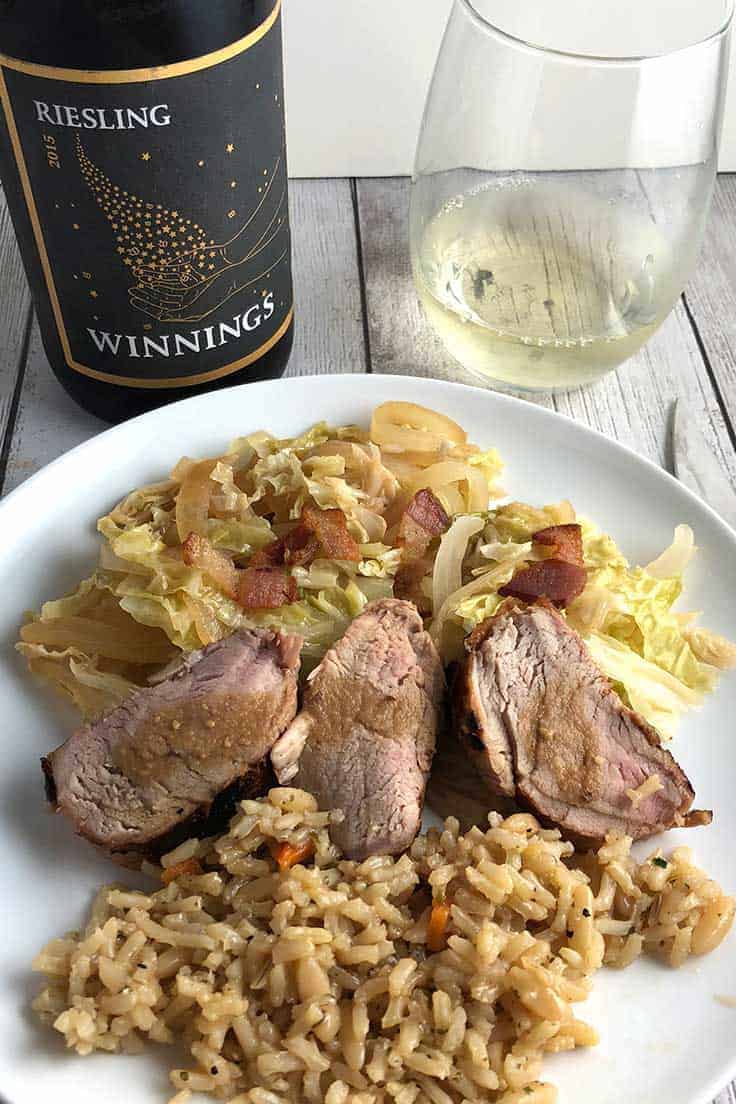 So as I mentioned, I was locked in on pairing this pork tenderloin dish with Riesling. But with three other German wines on hand, I did have a chance to experiment a bit, too.

We opened the 2015 Winnings Riesling, from von Winning in the Pfalz region of Germany. I get petrol on the nose and a whiff of wet stone. Classic green apple fruit, with a touch of lychee. Good minerality and acidity, a very food friendly wine!

As you might expect, the dry Riesling was a great pairing for our pork tenderloin with cabbage. Apple is definitely a good flavor to go with Riesling, as is the tarragon we used in the marinade.

We also tried a bit of the 2016 Koehler Ruprecht Pinot Blanc ($20)with the pork. The Pinot Blanc has a tasty of honey on the palate. The full bodied wine has a nice long finish. It was Jodi’s favorite of the four German wines we sampled, and goes pretty well with the pork too.

To learn more about about German white wines, visit this Wine Folly article. 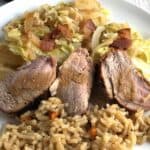