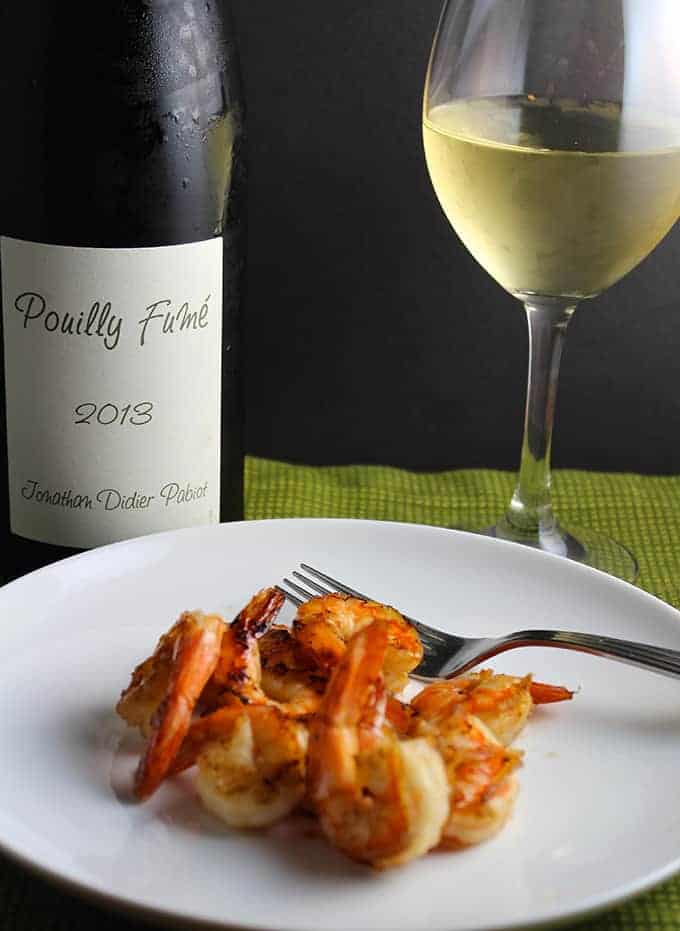 Today is the inaugural edition of the French Winophiles group started by Christy from Confessions of a Culinary Diva. We start this exploration of French wine regions by focusing on the Loire.

I almost had some great stories to tell you about biking along the Loire and visiting chateau to sample the wine region. My friend and I spent a week in France when backpacking around Europe after college. We planned to visit the Loire after Bordeaux. Alas, we were relaxing on a beach too long and my friend wound up spraining an ankle while sprinting to catch our train. The biking around the Loire plan was scrapped. C’est dommage. For now, I have to settle for a virtual visit.

My previous pairing for a Pouilly-Fumé fell kind of flat. I served it with a pasta that had Andouille sausage. I was hoping the smokiness of the wine would match the sausage flavor, but it just didn’t work. But Pouilly-Fumé can be a great wine, so I wanted to find a better pairing for it. Seafood, shellfish in particular, seemed to come up a lot as a suggested pairing. So I decided to make Simple Grilled Shrimp with Pouilly-Fumé. 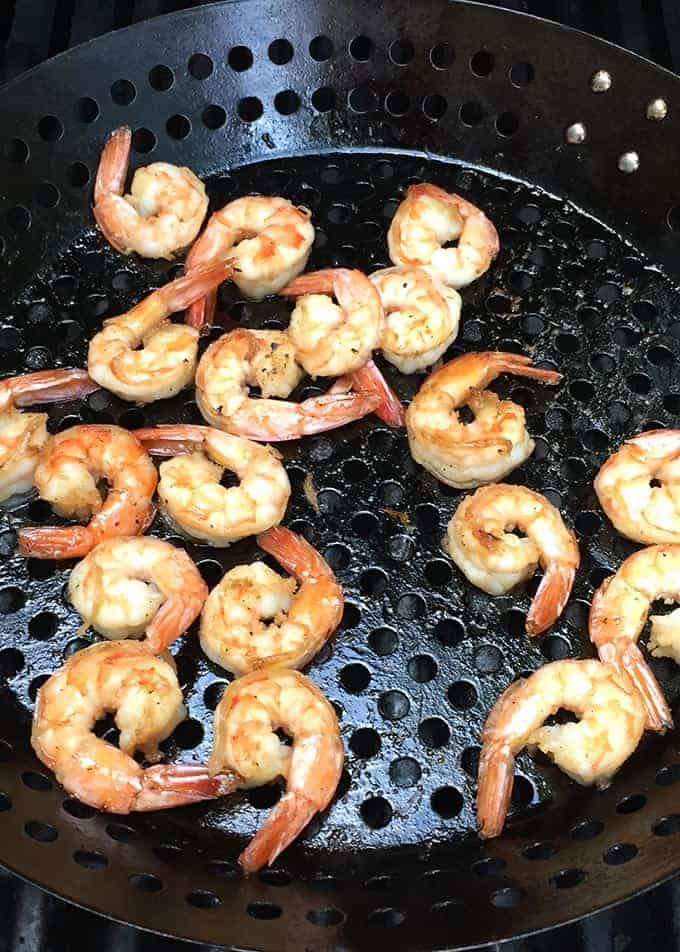 This grilled shrimp is so easy, but so good. The simple marinade with soy sauce and honey adds some great flavor. On the grill, the marinade browns and you get a crispy, salty sweet shrimp. My nine year old says he likes this almost as much as steak, high praise from the lad!

I tend to buy the pre-cooked shrimp, which makes this dish especially easy. Just a short time marinading the shrimp, and its ready to throw on the grill. I like to use a grill pan for this (and many other things!).

Wine pairing: So I picked out the 2013 Jonathan Didier Pabiot Pouilly Fumé ($24). Last year’s post on this topic featured the 2012 from the same producer.

On the nose, I got honeysuckle, pineapple and kiwi. I tasted mango, honey and hazelnut, which paired very nicely with the smoky sweetness of the shrimp. This Pouilly-Fumé has nice minerality, as a good Loire Sauvignon Blanc should. It also has a great finish. My bottom line assessment of the wine: delicious! It’s one of the tastiest wines I’ve enjoyed in awhile. I don’t usually get so enthused about a white wine! I will definitely be getting this bottle again. I recall liking the earlier vintage of this wine, but something about this vintage really captured my taste buds. And I was pleased in this second Pouilly-Fumé pairing adventure to find a good food partner to let the wine shine. Cheers! 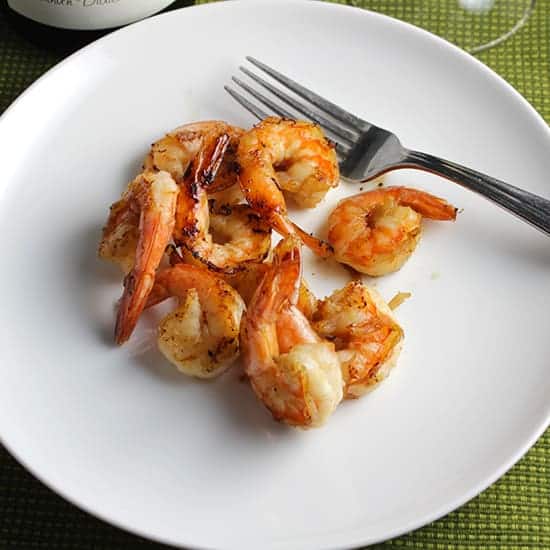 A naked Chardonnay or one with moderate oak can also work as a wine pairing for this simple shrimp recipe. I recently had this shrimp with the 2016 Hugh Hamilton Wines Scallywag Chardonnay ($19, 13.5% ABV) from the Adelaide Hills region of Australia’s McLaren Vale. Winemaker Hugh Hamilton says he uses a “feather like touch” with the oak on this Chardonnay, letting the fruit shine. I can definitely taste that. Definitely try the Scallywag with the shrimp if you get a chance, or a similar Chard if you are in the mood. 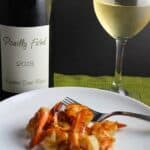 Shrimp with a simple soy and honey marinade are an easy treat from the grill.

Be sure to sample what my French Winophile friends have shared for this trip to the Loire!

Anna from Anna Dishes is still whipping up her culinary creation

Join us for a live Twitter Chat Saturday, June 20th at 11 am EST/8 am PCT using #Winophiles.