Bacon and Steak Crostini with Dean’s French Onion Dip is easy to whip up to enjoy while watching a big game or just hanging with friends. Disclosure: This shop has been compensated by Collective Bias, Inc. and its advertiser. All opinions are mine alone. #DeansDreamBig #CollectiveBias 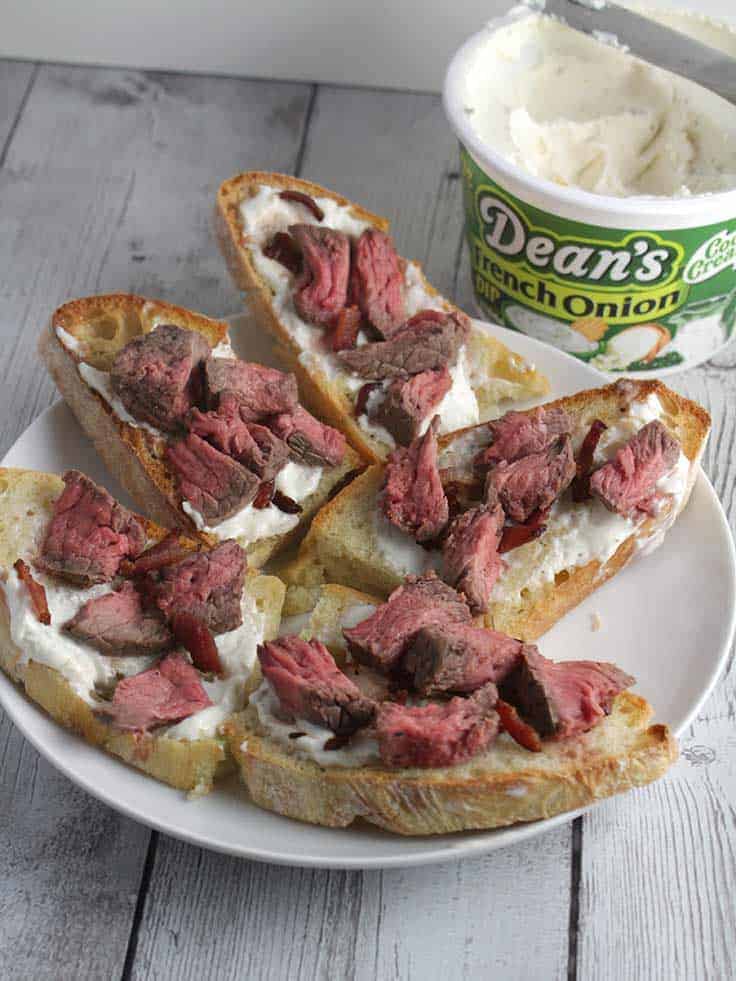 So there is one big game left on the football schedule, one that involves getting together with friends and family to cheer on our team. Let me tell you about the Bacon and Steak Crostini with Dean’s French Onion Dip that we enjoyed while getting together to watch yesterday’s game. 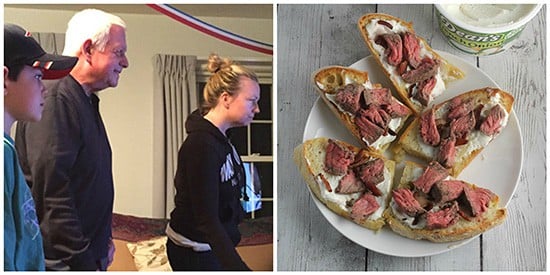 The Bacon and Steak Crostini starts by spreading creamy, cool Dean’s French Onion Dip over toasted slices of crostini bread. There’s a lot of good flavor right there, then you add some pieces of bacon and steak, and you are done. The cool, flavorful Dean’s Dip combines perfectly with the bacon and steak crostini. This snack was a big hit with our crowd yesterday, and is sure to be a winner the next time you gather to watch a game or just hang with friends. 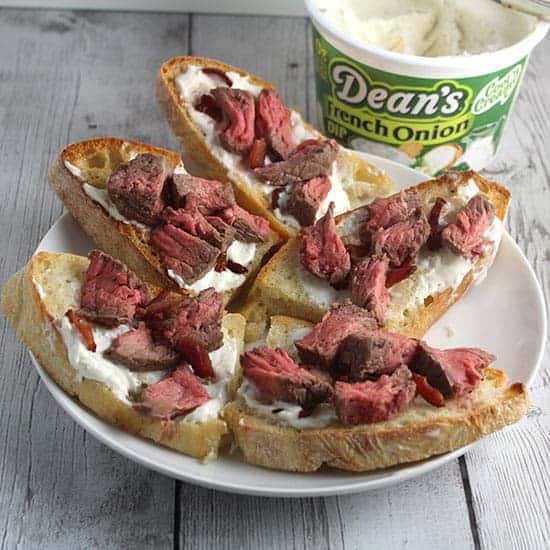 Another great feature of this bacon and steak crostini snack is that you can get much of it ready ahead of time, which is what I did yesterday. Cook the bacon in an oven proof skillet, then cook the steak in that same skillet (yes, that makes for tasty steak!). Cut the steak into bite sized pieces, and pack the steak and bacon for game time. Slice up the bread, and make sure you have your Dean’s French Onion Dip ready too!

In our case, we were going on the road to watch the game, so before game time we packed our steak, bacon, bread, and Dean’s Dip and we were ready to go! This was easy to put together at half time, with plenty of time to settle down with our steak and bacon crostini before the 2nd half kickoff. When my team is in a big game I don’t want to miss a play–but I still want to enjoy some good food! 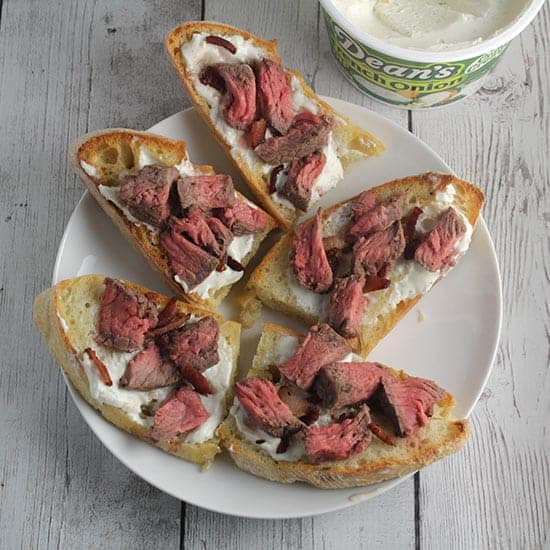 Dean’s Dip products include some new options featuring bacon. As they say, “Everything tastes better with bacon!”. The local Target is a good place in our area to get Dean’s Dip, but they just had the Dean’s French Onion Dip when I was there. That idea of bacon was in the back of my mind, so I cooked some up to add to our recipe. But if you are able to grab the new Dean’s Cheddar Bacon Dip or Dean’s Bacon Ranch Dip, you could spread that on the toasted crostini bread and you would just need to add the steak. As shown in the photo below, you will find Dean’s Dips in the refrigerated section at Target with other dairy products. 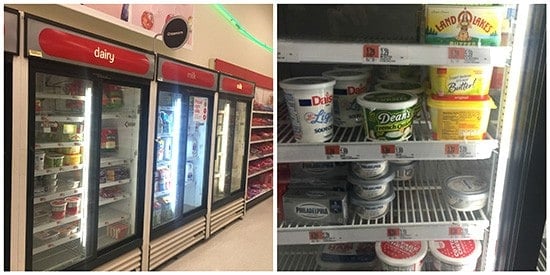 One other recipe note: I call for using a large loaf of ciabatta bread, as its nice firm crust is good for making the crostini. But you could also use Italian bread or other bread with good crust from the bakery.

So if you are getting ready to gather for a big game or just hang with friends, the cool, creamy taste of Dean’s Dips can be a tasty part your entertaining. Dean’s Dip are refrigerated, delivering a fresh dairy tasty that is very convenient to use in recipes like our bacon and steak crostini, or to simple enjoy with some chips or raw veggies.

To get more information about Dean’s Dips,  visit the Dean’s Dream Big webpage.  There you can get a coupon for$1 off one Dean’s Bacon Ranch or Dean’s Cheddar Bacon Dip. 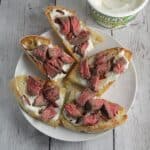 Cool, creamy Dean’s French Onion Dip spread over a crispy crostini, topped with bacon and tender steak for an appetizer your family and friends won’t be able to resist!