Linguine with Cod and Asparagus is a delicious light seafood pasta dish. The recipe pairs especially well with Grillo, a white wine from Sicily. 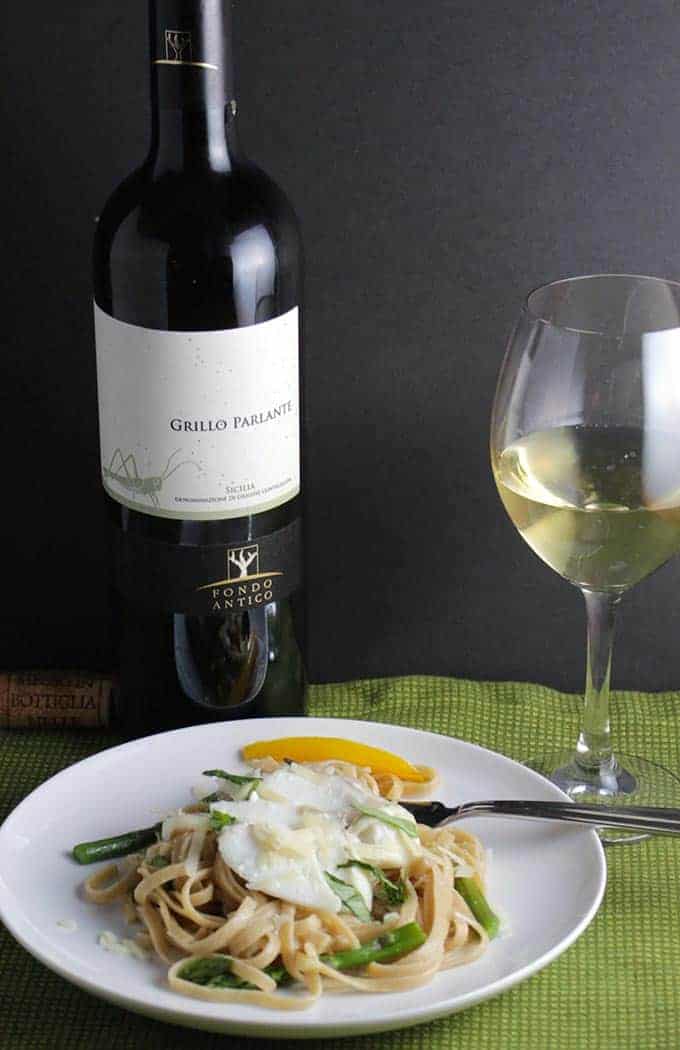 I was excited to hear the Italian Food Wine & Travel (#ItalianFWT) event would travel to Sicily this month. I don’t have Sicilian wine quite as much as some other regions, such as Tuscany or the Piedmont. But I’ve tended to enjoy what I  have tried. Whether it’s a nice juicy Nero D’Avola or a crisp white, Sicilian wine suits me just fine.

Keeping with my typical style, I wanted to cook something inspired by ingredients one would enjoy in Sicily, while not necessarily following a traditional recipe. I think seafood and tomatoes when I think of Sicilian food, such as the Grilled Swordfish & Eggplant recipe I’ve featured here. But Sicilian cuisine also emphasizes cooking seasonally, which won’t include tomatoes for awhile around here.

With the snow almost melted as we approach Easter, asparagus is the fresh vegetable I’m looking to feature. So I decided to feature that in a dish along with seafood.  This led to the focus of my post: Sicilian Wine for Linguine with Cod and Asparagus. 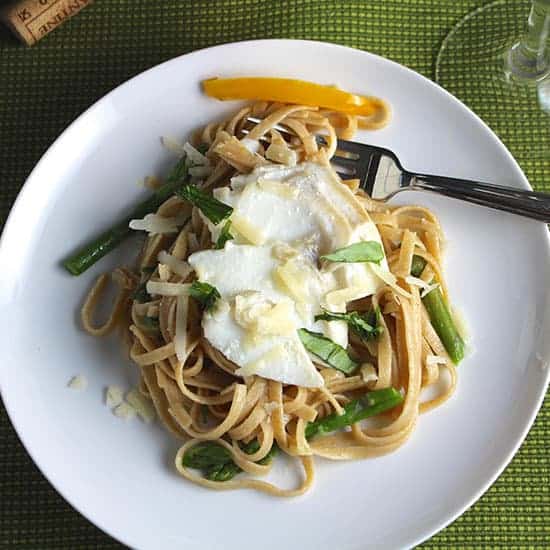 This dish is pretty easy to put together. Pepper and garlic sauté in some olive oil, then the cod gets cooked up in that same skillet. Toss with some linguine and steamed asparagus, and a bit of cheese and lemon juice, and you have a nice meal…ready to be enjoyed with some wine!

Sicilian Wine Pairing For Linguine with Cod and Asparagus 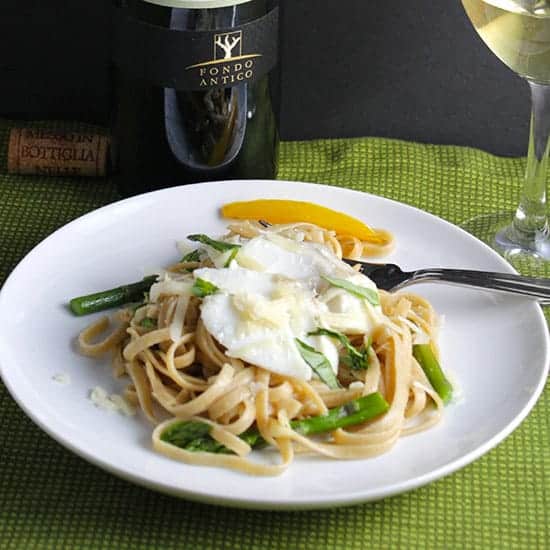 Pairing wine with asparagus is notoriously tricky–here are 5 tips for making wine work with asparagus. but I’d previously had a good experience going with a a Grillo for an asparagus salad. So I thought I’d serve up the 2013 Grillo Parlante Sicilian wine with asparagus and cod linguine. The first thing I note about this wine is salinity. I swear I would have said that even if I didn’t know it came from an island! Nice acidity, lemon fruit and mineral undertones. That mineral element and salinity seemed to help make the asparagus match work. This is a medium bodied white, just right for the cod and linguine. All said, a very good wine pairing for this linguine, cod and asparagus recipe!

This wine is produced by Fondo Antico, a family-run estate, in western Sicily, north of Marsala. Grillo is a white wine grape with roots in Sicily, making it a nice choice for this edition of #ItalianFWT!

Linguine with Cod and Asparagus 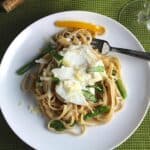 Cod cooked with garlic and peppers, and tossed with linguine, asparagus and cheese for a tasty Italian meal. 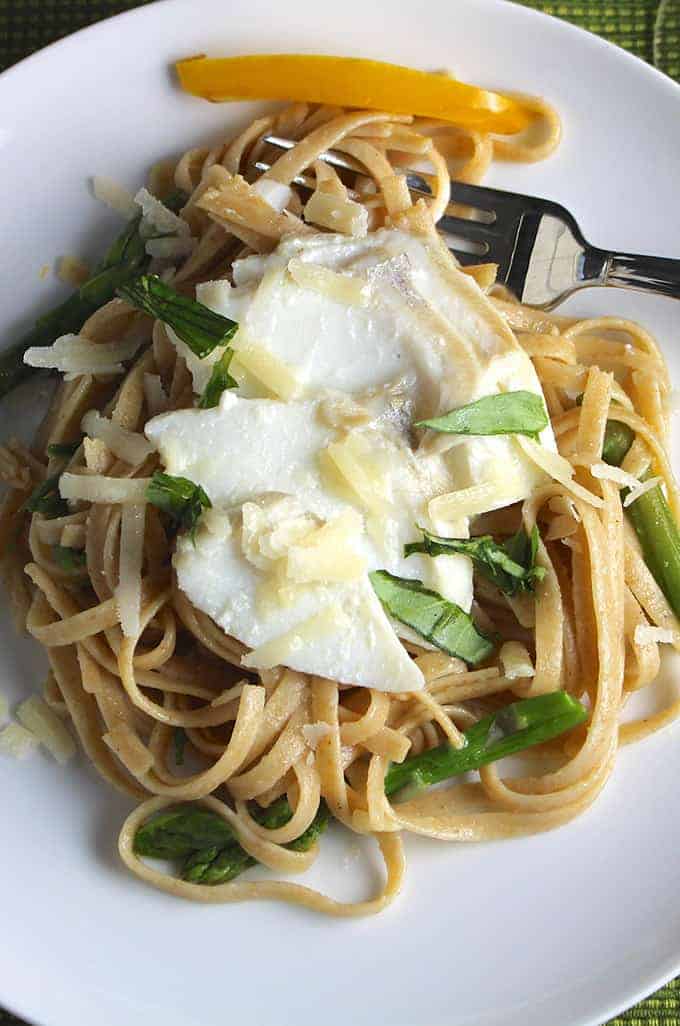 We are live on twitter today and throughout the weekend at #ItalianFWT. Join us and share your food, wine and travel experiences in Sicily. We’d love to hear from you!