A simple marinade yields juicy, flavorful chops in this Easy Cilantro Lime Pork Chops recipe. Read on for details, or or click here to jump down to the recipe. 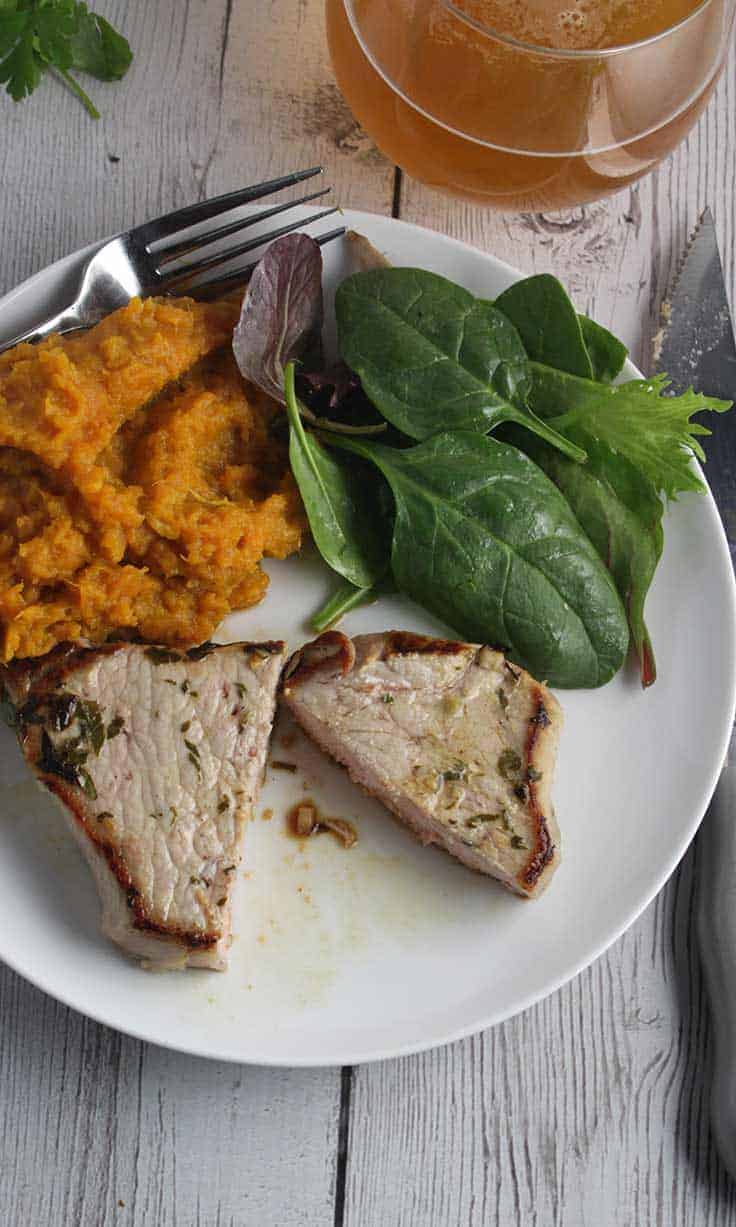 I originally published this Easy Cilantro Lime Pork chops recipe back in 2010. I came up with this when looking for a very simple meal to make in the hotel suite kitchen where we were staying in Yankton, South Dakota.

There was very limited cooking equipment in this hotel kitchen, so I needed to come up with something very uncomplicated. With just a few easy ingredients, this cilantro lime marinade adds a lot of flavor, resulting in a nice juicy pork chop.

When I heard today’s Sunday Supper was focusing on easy pork chop recipes, I thought it would be a great time to remake and update our easy cilantro lime pork chops. Glad I did! This is as tasty as it is easy. Plus it got the thumbs up from our discerning son, both when he originally tried it at age four as well as when he wolfed down the remake recently! 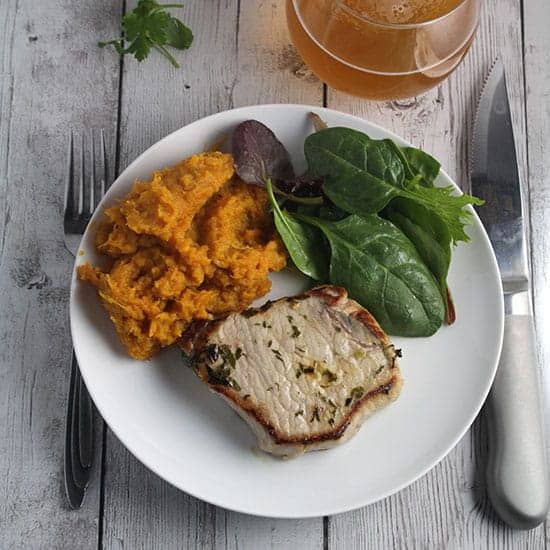 When I originally made this Easy Cilantro Lime Pork Chops recipe, the chops I had were so thin I cooked the pork entirely on the stove top. This time, the chops were a bit thicker, between ½ and ¾ of an inch. Still “thin” relative to the thick cut I usually buy, but thick enough they needed to get finished with about 5 minutes in the oven.

Starting the chops with a quick pan sear creates some nice browning on the outside edges of the meat.
I love to serve Sweet Potatoes with Cumin Sage Butter along with pork dishes, and as expected, it was very good alongside the Easy Cilantro Lime Pork Chops. 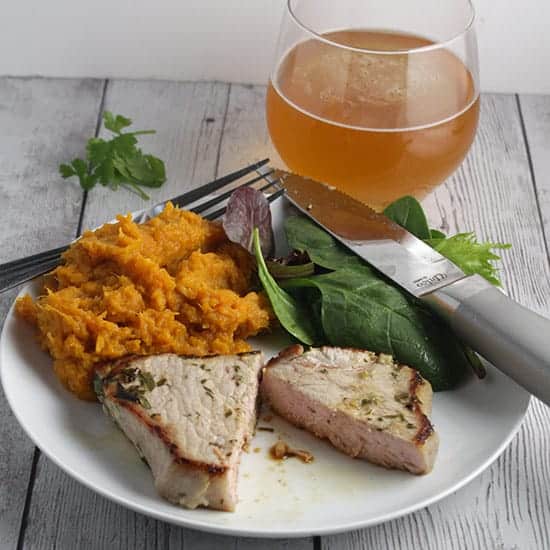 I’m usually inclined to serve our meals with a glass of wine, but I decided to mix it up and pair our pork chops with beer. We found a brew that was crisp with a little citrus note to it, and that made for a good pairing with the flavor of the pork chops. If you do want to go for wine with the pork chops, my first inclination would be a Riesling.
Print

An easy cilantro lime marinade make for a juicy and flavorful pork chop.