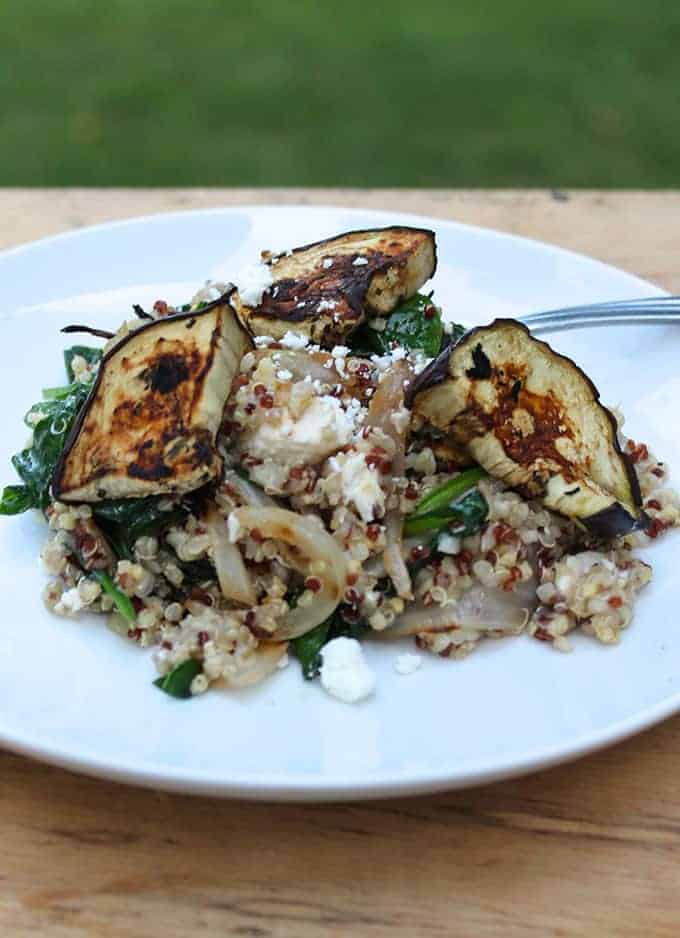 This dish combines two things I didn’t eat much until recently. Eggplant languished on my short list of veggies that I don’t like for many years. But if you are doing a farmshare, there’s a lot of eggplant, so I gave it another try. I found grilling the eggplant to be crucial for me, adding a nice caramelized flavor. Now I have an appreciation for the substance this vegetable can add to a dish. Salting the eggplant as described in the instructions is also very helpful.

The first couple of times I made quinoa, I didn’t like the way it came out. I didn’t try it again for many years, but gave it another shot after having quinoa preparations I liked a few times eating out. I find the key with quinoa is combining it with enough flavorful foods, as it doesn’t have a lot of taste by itself. This new Quinoa with Grilled Eggplant, Spinach and Feta is a great example of a quinoa dish with plenty of taste! 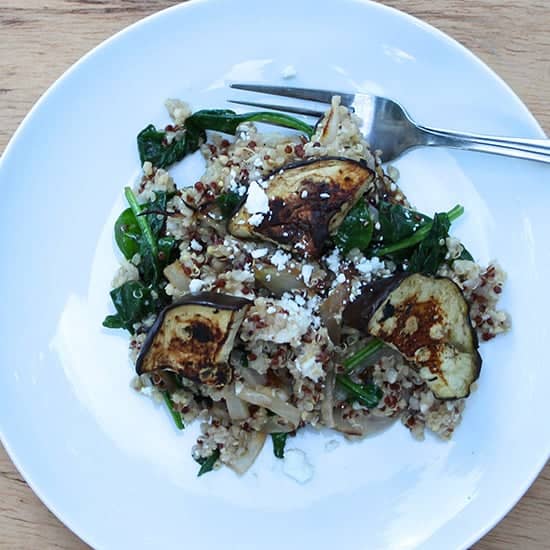 I was initially going to just toss the grilled eggplant with onions and feta, but to make it a more nutritionally well-rounded dish, I also added a couple handfuls of baby spinach. That was easier than making a separate green salad! The spinach wilted a bit just from the heat of the grilled onions and just cooked quinoa. So now the ingredients sound like they could be a Greek pizza topping or something, but here they make for a flavorful quinoa dish.

We had this quinoa dish as a side along with some Juicy Grilled Chicken Breasts. This quinoa with grilled eggplant is certainly hearty enough to be a vegetarian main dish, too. I wrote the recipe as a side; if serving as a main, I would say this would serve two people in the proportions given. Whether as a side or on its own, I hope you give this tasty dish a try and add to your quinoa repertoire! 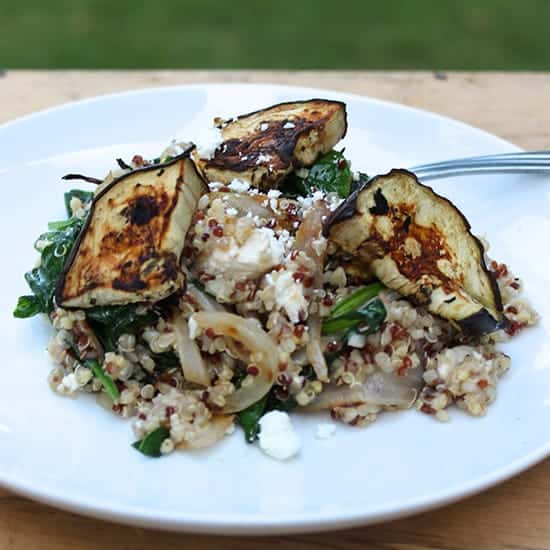 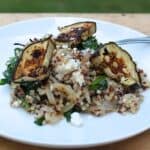 Quinoa tossed with grilled eggplant, onion, spinach and feta for a tasty side or a vegetarian main dish.