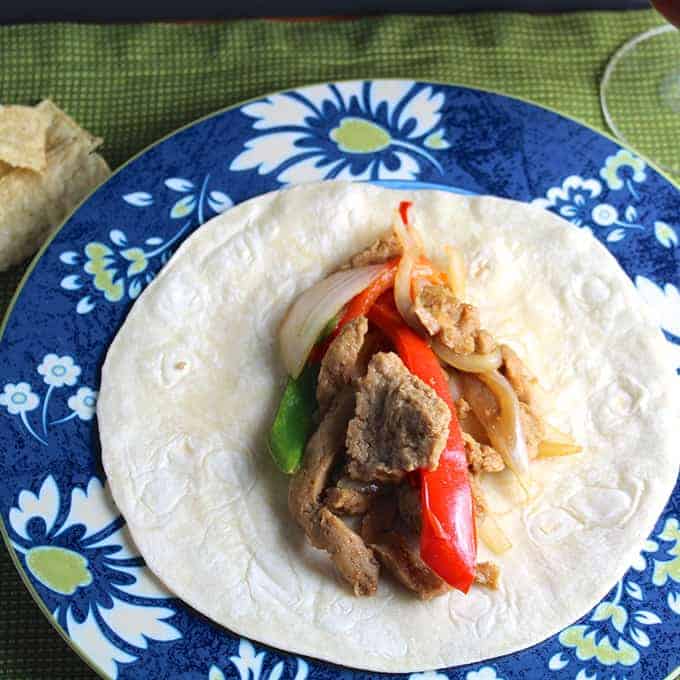 Have you tried seitan yet? It’s a wheat-based protein source, with a substantial texture to it that makes it a good substitute for beef if you are trying to make a plant based supper. If you like beef fajitas, or are a vegetarian looking for a new dish, you ought to try this Sizzling Seitan Fajitas recipe! 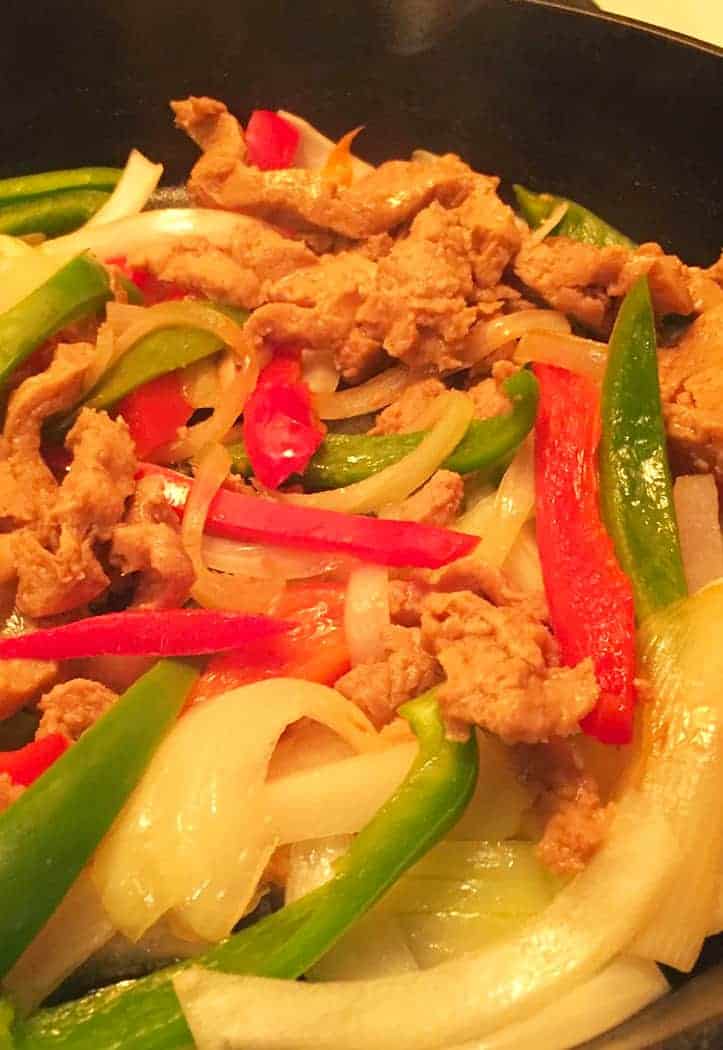 Jodi was a vegetarian for the first several years we were together, as I was just learning to cook. Thus, I got in the habit of trying new things like seitan. Many of the meat substitute products I could do without, but I came to like the substantial aspect of seitan. You can get it with various flavors, but I found I like whipping together my own sauce, such as the one in this recipe.

This recipe is so easy. Put together the sauce, chop an onion and some peppers, and you are on your way. The Sizzling Seitan Fajitas are on your table in well under 30 minutes! Thus it easily qualifies for the #WeekdaySupper lineup. We served this with a side of refried beans. You could add toppings like sour cream, guacamole or cheese; but we actually enjoyed it without any of those extras…and that keeps it a vegan meal.

Pairing: If you’ve visited my blog before, you know I like to find good wine pairings for my recipes. But for this one, I opened up a nice hoppy beer instead, and that worked well. Next time I make it, I’ll try a wine with it. I’m thinking Malbec or Garnacha would work well here.

Seitan sizzles with onions, peppers and a tasty sauce for an easy meatless meal with plenty of protein. 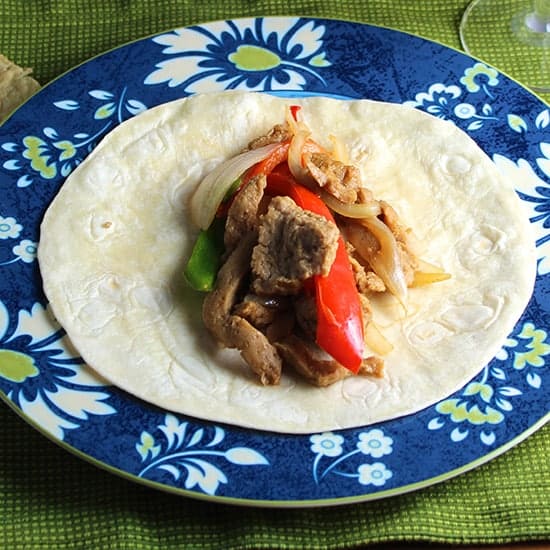 Be sure to check out the full lineup of tasty #WeekdaySupper ideas! 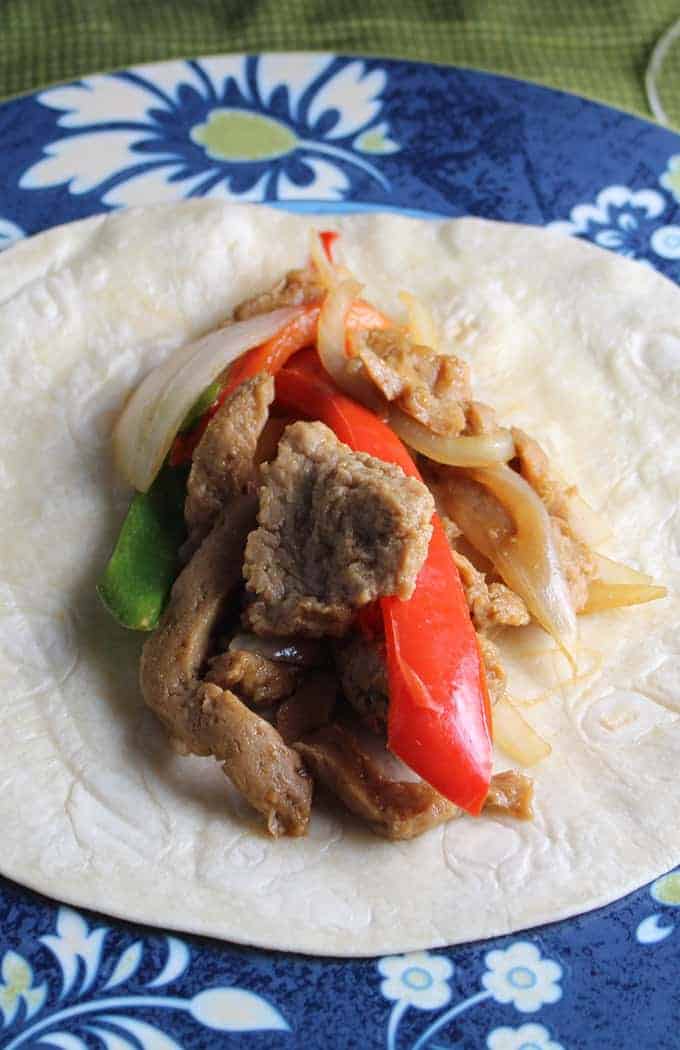