How about an easy shrimp appetizer for watching the big game or whatever else has you gathering with family and friends? Our Shrimp with Cilantro Lime Dipping Sauce is bursting with flavors that will make your mouth happy! Even more so if you try our wine pairing that goes with the recipe! 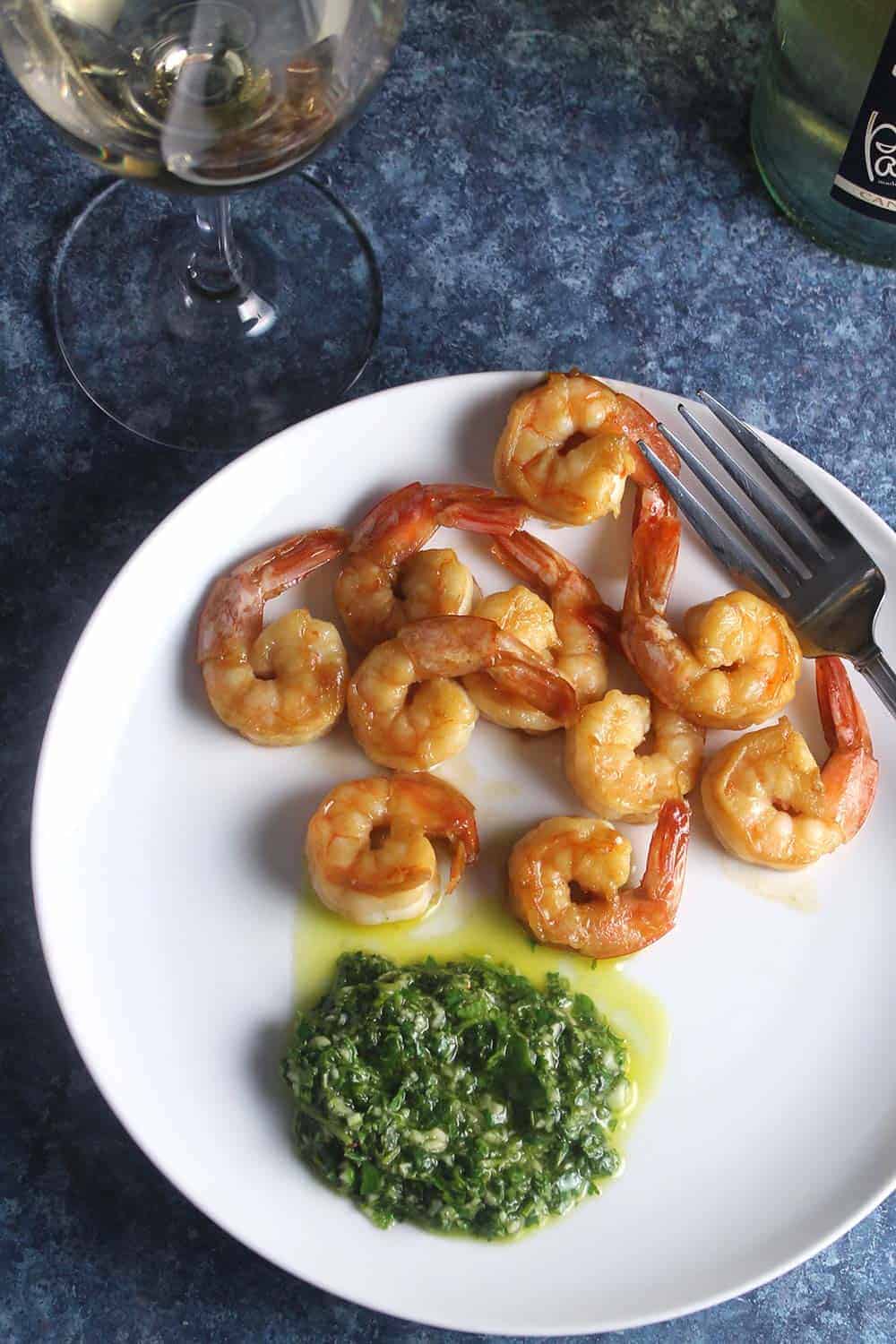 We tend to serve shrimp as a main course around here, in large part because our son is always happy to hear I am making Easy Sautéed Shrimp for dinner.

But of course, shrimp is great to feature as an appetizer– there’s shrimp cocktail of course, right? With that big game coming up, I figured it would be a great time for a shrimp appetizer, so I bring you Shrimp with Cilantro Lime Dipping Sauce!

What makes this recipe work

In our shrimp with cilantro lime recipe, you’ve got a simple sautéed shrimp that is tasty on its own right. Ask our son– see above!

Serve that shrimp alongside some zesty cilantro pesto and your mouth will be singing for joy! Lots of great flavors popping on the palate, and we have a wine pairing for you that makes that combo even better! Hold on, we will get to that in a moment.

Oh yes, did we mention that this shrimp recipe can be ready in just fifteen minutes? Winner! 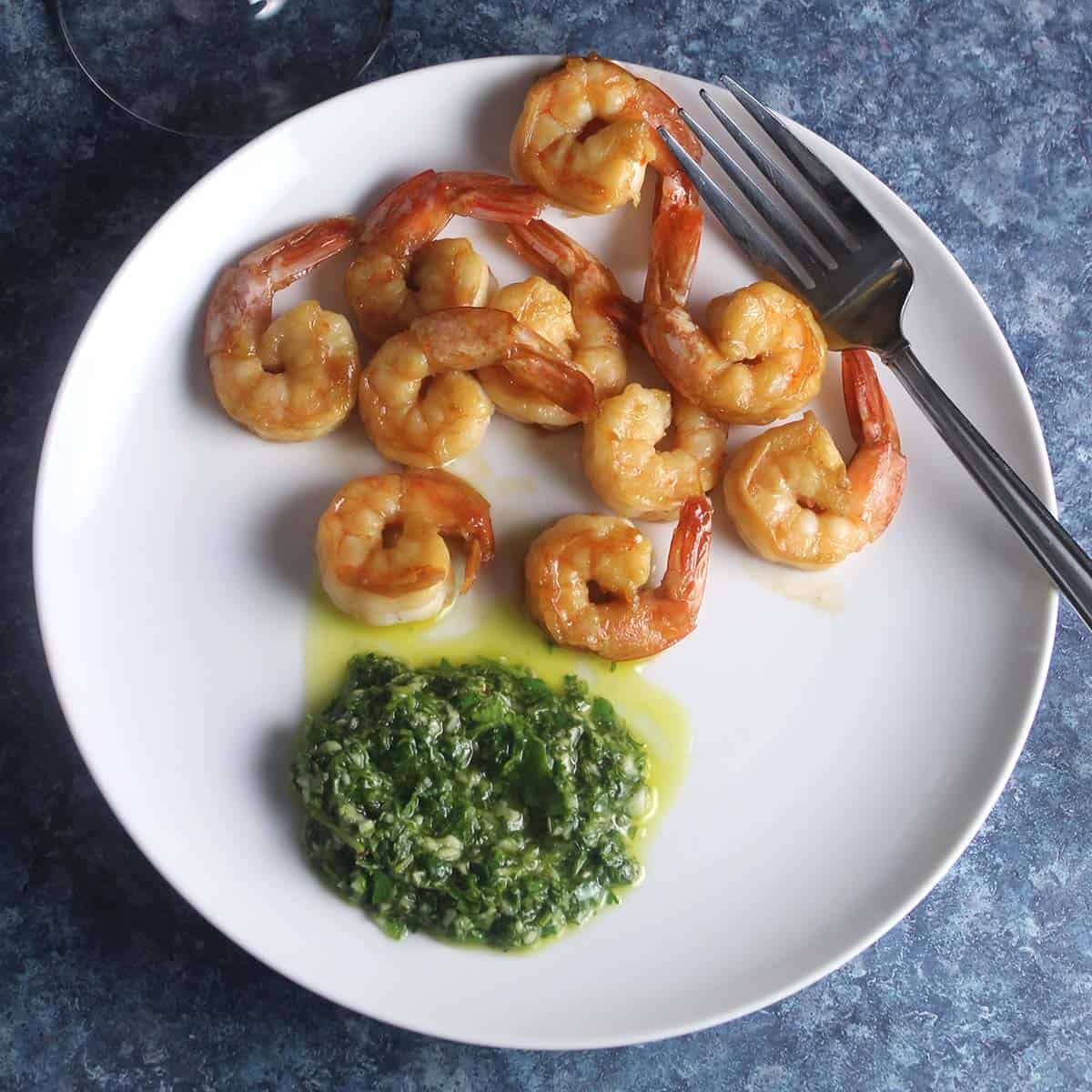 Here are a few tips for making this easy shrimp appetizer; click here to jump down to the recipe for the full details.

What kind shrimp to use? 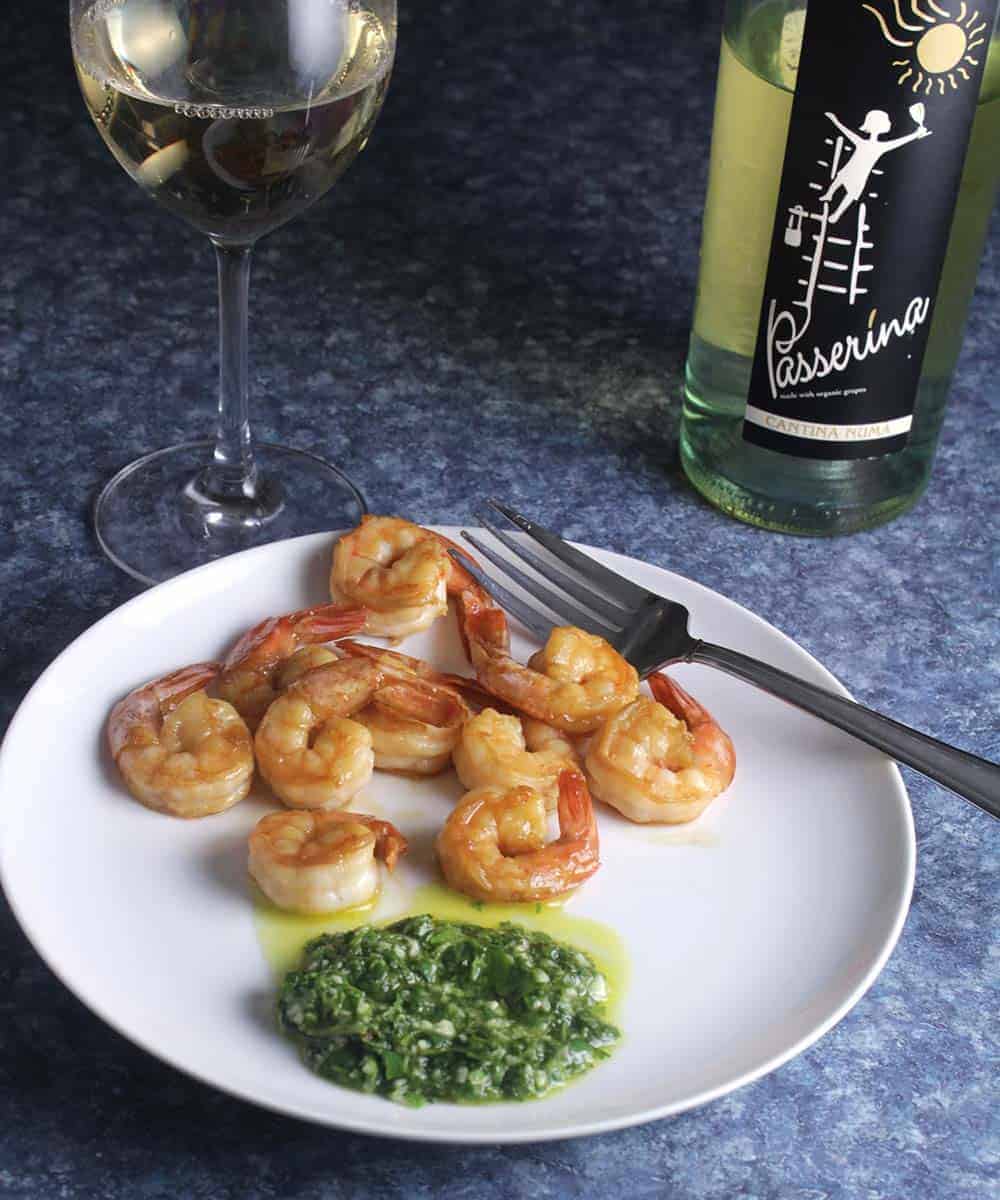 A crisp white wine is the way to go with this Shrimp with Cilantro Lime Dipping Sauce!

We opened another bottle of the 2018 Cantina Numa Passerina ($12, 12% ABV) from Le Marche region of Italy. Le Marche is in Central Italy, on the Adriatic coast just above Abruzzo. The Passerina white wine grape is associated with Le Marche; we also sampled a fair number of them in Abruzzo when I visited.

The Cantina Passerina is light bodied, with lemon fruit and a hint of sweetness. The wine nicely offsets the zesty cilantro herb flavors. This is a great pairing — if you can track down this Passerina, I’d encourage you to grab it when you make this recipe. If you are in the Boston area, I got this from Bin Ends Wine which has locations in Needham and Braintree.

Passerina isn’t a common wine to find in the U.S., so let me suggest some other wines I anticipate would work well. Sauvignon Blanc could certainly work here; and we have successfully paired our basic sautéed shrimp recipe with Pouilly-Fumé, a well-known Sauvignon Blanc from the Loire Valley. You can read more about Pouilly-Fumé here.

Albariño is another shellfish friendly white wine I would think about trying with this recipe. Picpoul de Pinet could be a match, too.

But I also encourage you to experiment with pairings for this shrimp appetizer; just be sure to report any good finds in the comments or tag @cookingchatwine on Instagram! 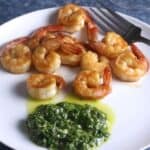 Easy sautéed shrimp with a cilantro pesto dipping sauce make a flavorful appetizer. Makes 4 appetizer servings of 3 shrimp each; can be scaled up for a bigger group.

For the cilantro dipping sauce: 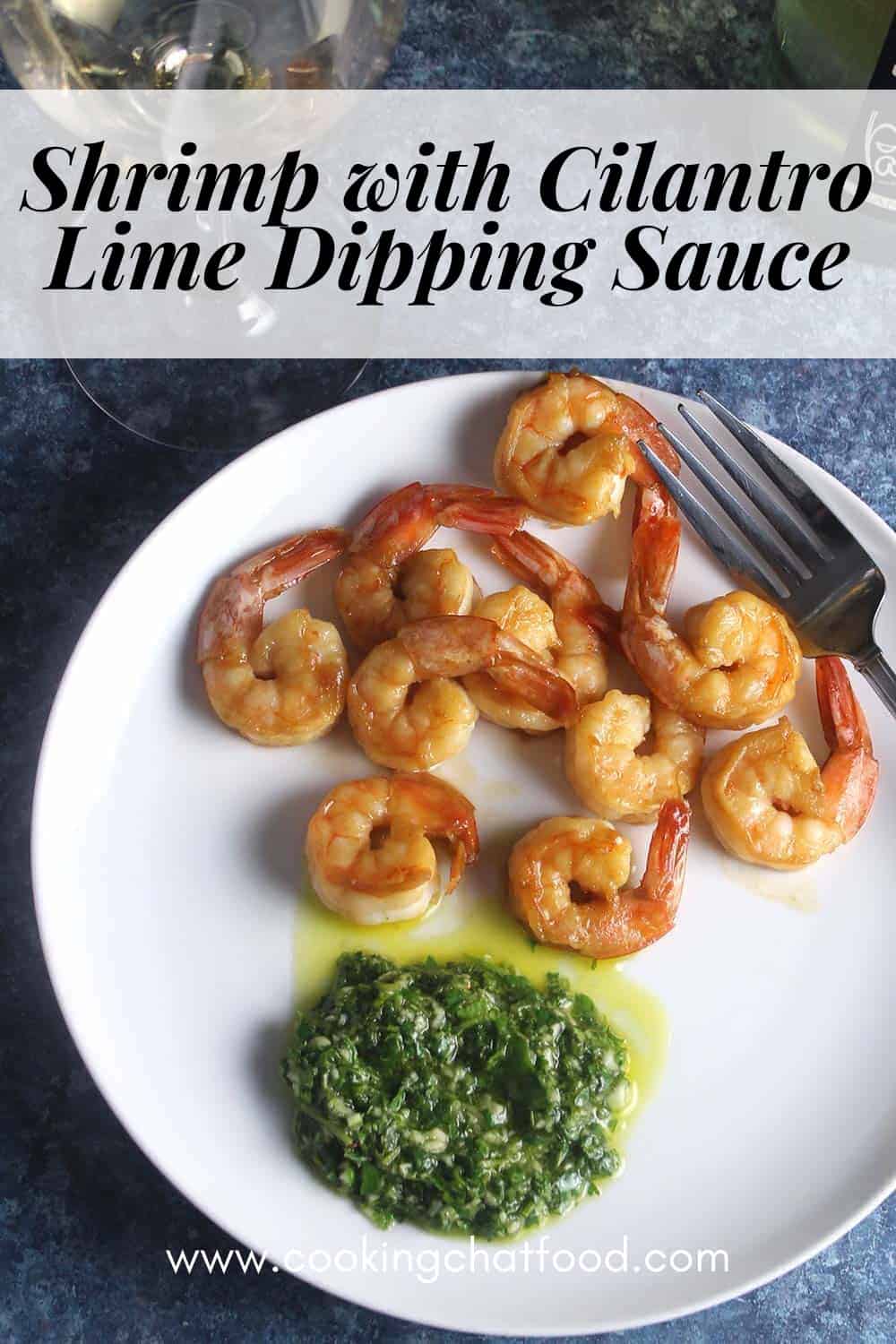