Seitan Skillet with Peppers and Onions is an easy and healthy vegan dinner recipe, with plenty of flavor. Quickly chop up an onion and bell pepper, get it sizzling in a skillet while you make an easy sauce for the seitan. Before you know it you have your main course ready! Read on to learn more about seitan and how to prepare this meal, or click here to jump down to the recipe. 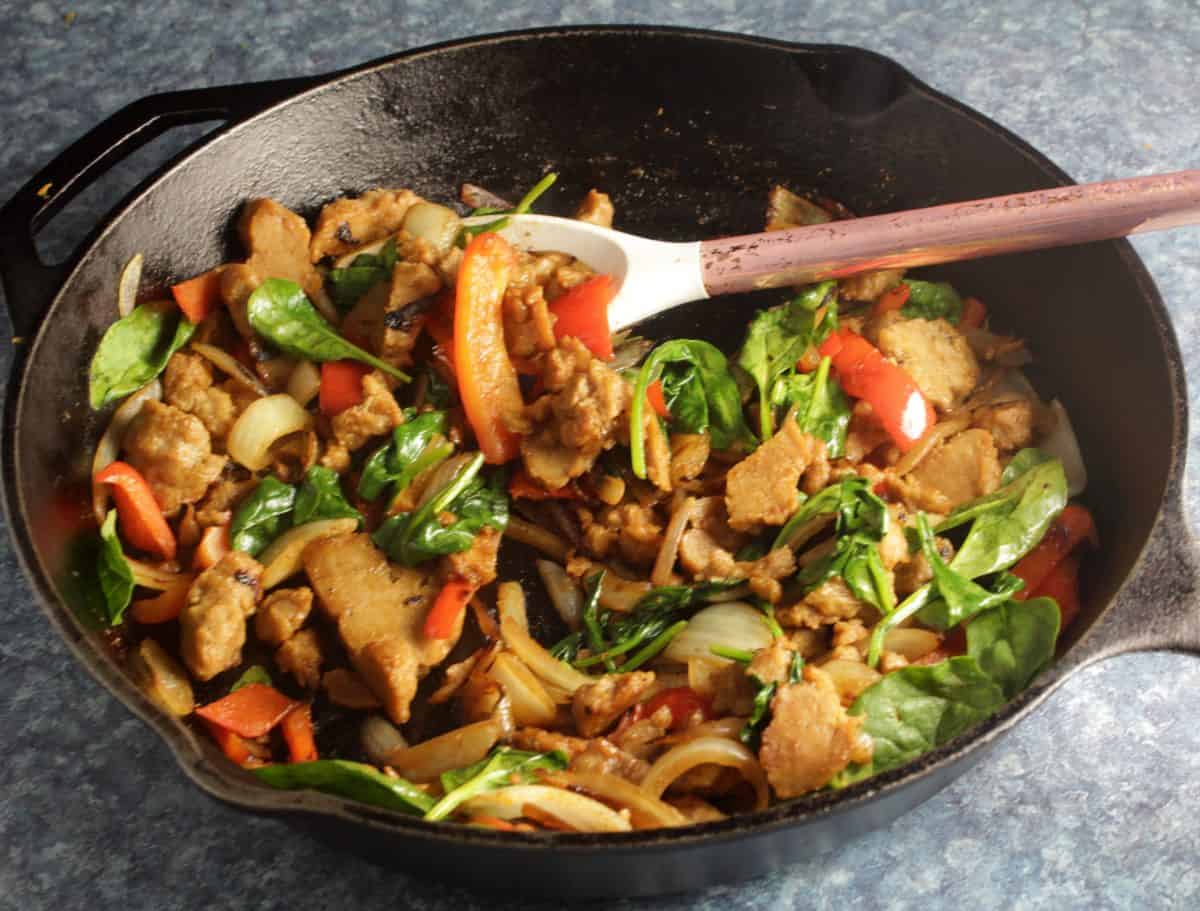 Seitan is a wheat based protein source that is very substantial. A three ounce serving of seitan provides 20 grams of protein, similar to the amount of protein found in a similar amount of lean meat, explains this SFgate article.

Thus, seitan is a good protein source for vegetarians and others looking to reduce their meat intake.

We enjoy plenty of meat and fish here, but do like to mix in several meatless meals each week, thus we have seitan with some regularity. Our Seitan Rigatoni with Pepper and Onions is another recipe you might want to try. And this Mushroom Fricassee recipe also features seitan.

I pretty much always find myself cooking seitan along with peppers and onions, it’s a good flavor combination.

Seitan comes plain and with different flavors. This Seitan Skillet with Peppers and Onions uses the plain variety, then we make simple sauce for the seitan. The seitan rigatoni recipe uses Italian style seitan.

This seitan dish can easily be on the table in 20 minutes or less!

What to serve with this recipe? 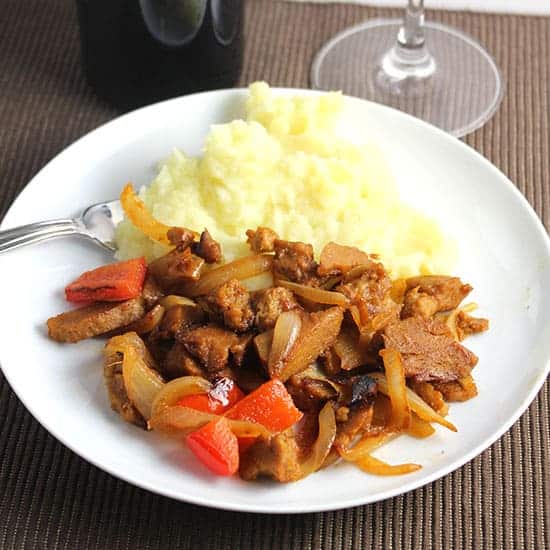 I served the seitan skillet with mashed potatoes to round out a substantial meatless meal.  This recipe is a good vegan recipe option with plenty of protein.

For the most recent time I made this recipe, I opened a bottle of friends.red ($13, 14.2% ABV), a Sonoma red wine blend from Pedroncelli. The wine is an interesting and approachable blend of Merlot, Zinfandel, Syrah and Sangiovese.

I get sage brush on the nose of the friends.red. On the palate, cherry fruit with notes of cedar chest. This is one of our favorite everyday red wines, and is a good match for the seitan.

Another time we had this dish, I served it with a bottle of 2014 Ghost Winery Malbec from Flora Springs Winery ($55, 14.0% ABV). This Halloween themed wine was sent as part of a complimentary sample package by the winery. The Ghost Winery Malbec is made from 100% Malbec grapes. The wine has a nose of violets, menthol and underbrush. I tasted tart cherry and chocolate, a good combination. I sometimes pair Malbec with Mexican or other food with some spice, and it went well with our seitan skillet.

Seitan Skillet with Peppers and Onions 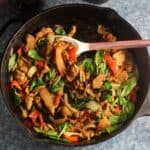 Seitan cooked with sizzling peppers and onions for a quick and tasty meatless meal.

Looking for more of our favorite healthy recipes? Here are a few ideas:

Things you need for Seitan Skillet

Providing our Amazon affiliate links to a cast iron skillet and some seitan, in case you are in need of either! I would receive a small commission if you choose to order using these links.