Greek Style Ground Turkey Skillet with Spinach features Mediterranean flavor from olives, feta cheese and lemon juice. Try this easy recipe for a healthy meal on a busy night! Originally published in 2016, updated in 2019 with some new photos and a wine pairing suggestion. Disclosure: The wine recommended was provided as a complimentary sample. The post also contains affiliate links. 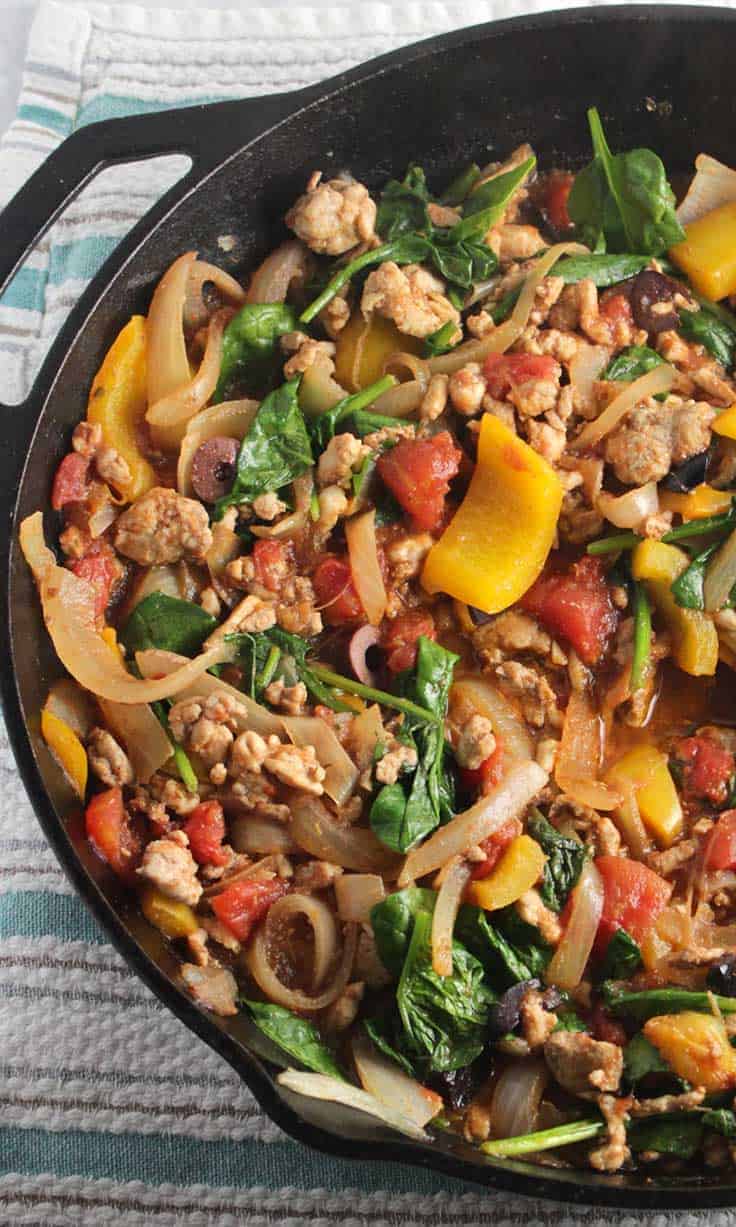 This Greek Style Ground Turkey Skillet recipe was originally created for Sunday Supper event focused on easy skillet recipes, hosted by Liz at That Skinny Chick Can Bake. My cast iron skillet gets a lot of use, and I was happy to create a new recipe to enjoy with it.

I make a lot of food in the skillet, but wanted to do something a little different. I’m interested in finding some more ways to eat ground turkey, and thought I’d make a ground turkey skillet dish.

I decided to cook up ground turkey with some onions and garlic, and add some spinach for color and nutrition. I started thinking about some Mediterranean flavors for the dish–oregano, cinnamon, feta, olives and lemon juice. The result was this flavorful and easy Greek Style Ground Turkey Skillet recipe.

If you want another way to use ground turkey, try our Easy Black Bean Turkey Chili! Or another good one is this Turkey Cabbage Skillet recipe.

For another Greek flavored dish, try our Greek Spaghetti recipe! 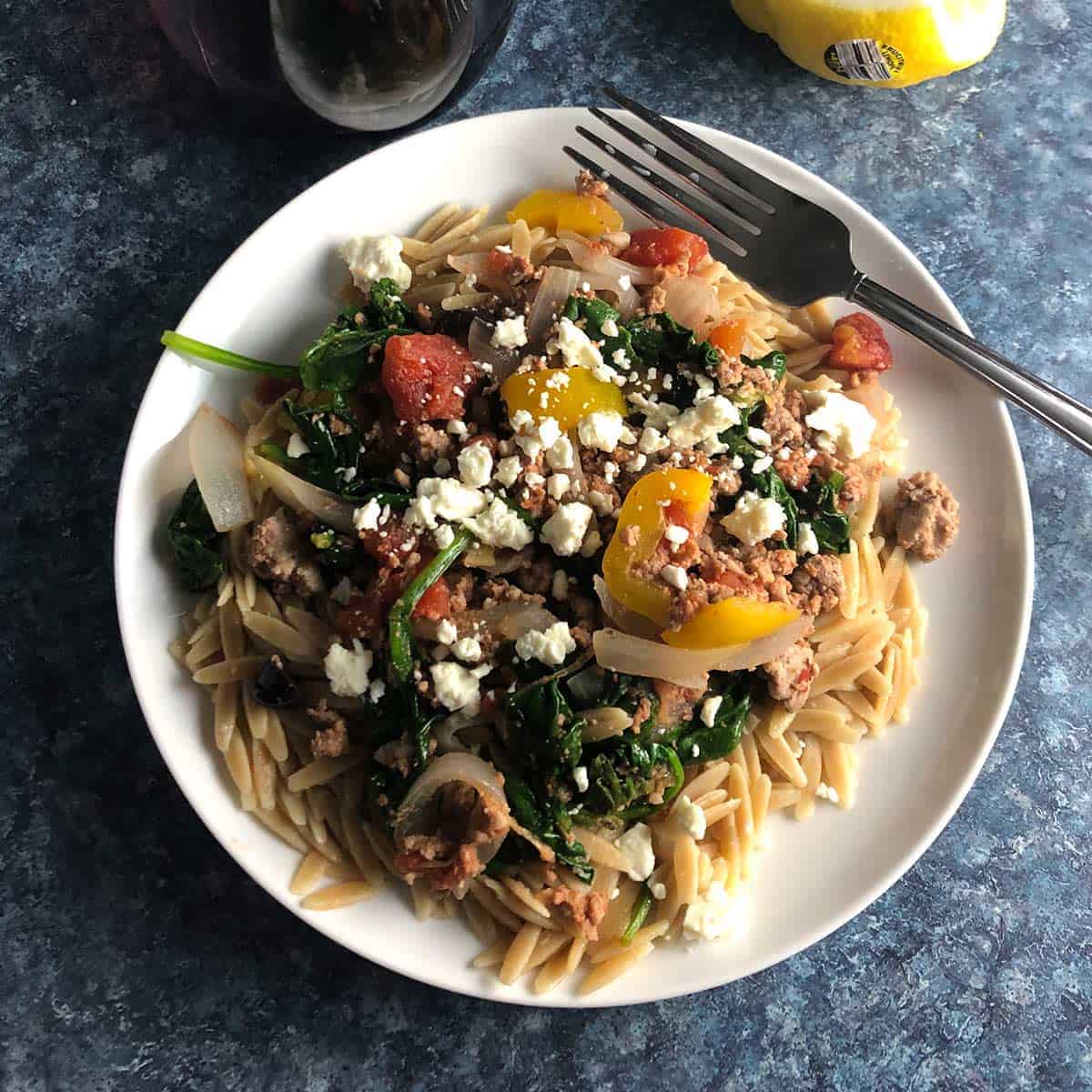 This easy turkey skillet dinner comes together in just over half an hour. I like this ground turkey skillet recipe served with orzo, so I’m writing it up that way. You could try it with couscous, too, if you like. Here are a few tips: 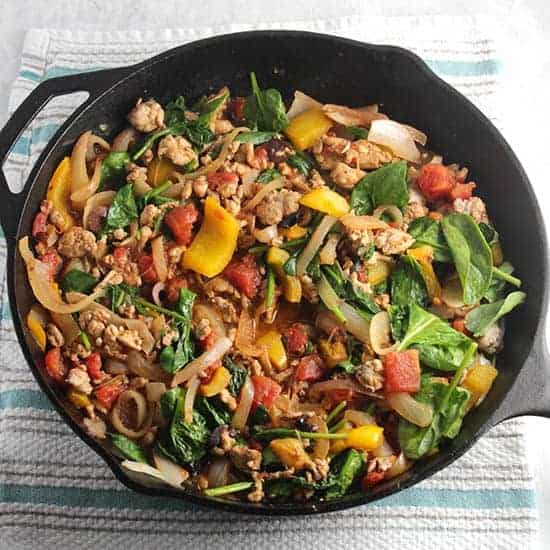 We initially had our Greek Turkey Spinach Skillet with a Picpoul de Pinet, a white wine grape found in the Languedoc region of France. I picked that mostly because I thought it would be the best option out of what I had on hand. Coming back and reading that I paired a fairly light white wine with this dish, I figure my cellar must have been pretty bare at the time!

Making this ground turkey skillet again, red wine just seemed like the way to go. Maybe because the evenings are starting to get chilly!

A Greek Agiorgitiko could be a good red keeping with the flavors of the dish. But I didn’t have any on hand. Ultimately this ground turkey skillet recipe is generally Mediterranean as much as it is Greek per se.

I’d just gotten a shipment of wines from the Rhone appellation Rasteau, which is about 90 minutes from the Mediterranean sea. Seemed like trying one of those bottles made sense! 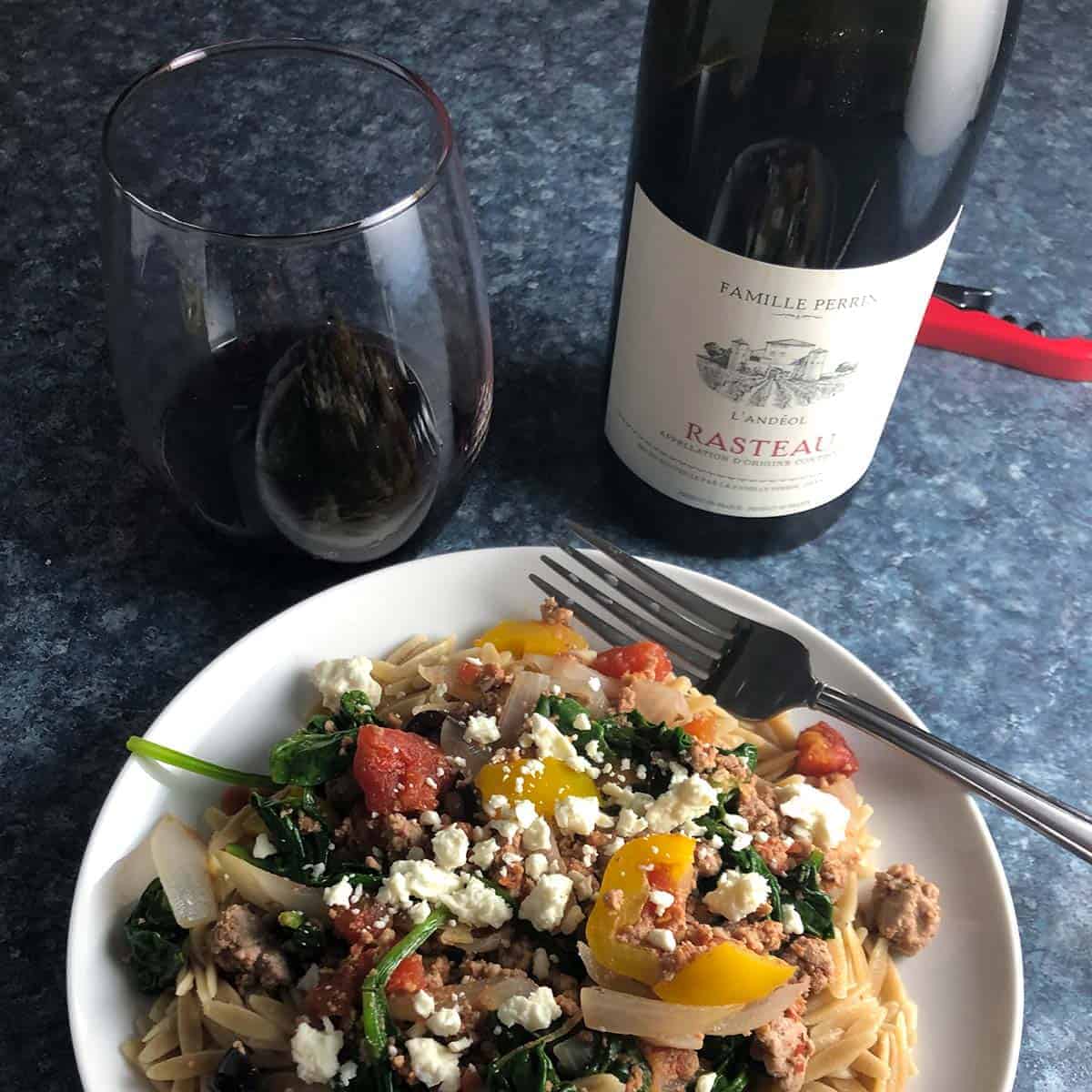 Like most red wines from the Rhone Valley, Rasteau red wines are a combination of Grenache (at least 50%), Syrah and Mourvedre.

I had a general sense that the tendency of reds from the region to have a rustic character could work well with the Mediterranean flavors of our ground turkey skillet dish. But I was a bit concerned about how higher alcohol would play with the turkey and tomatoes. In other words, the dish is on the lighter side and also has some acidity to contend with.

Not knowing much about the four wines we have to try from Rasteau, I picked the one with the lowest alcohol to pair with the dish — the 2016 Famille Perrin L’Andéol Rasteau AOC ($24, 13.5% ABV). With a light scent of a forest floor on the nose, I tasted bright cherry fruit and a bit of oak with charcoal undertones. Medium bodied, with good structure and medium acidity.

I was quite pleased with how the Rasteau from Famille Perrin worked with the ground turkey skillet. The rustic aspect of both the wine and dish played well together, and there was also enough acidity to pick up the tomatoes in the recipe.

I would definitely encourage you to pick up this bottle to pair with this ground turkey recipe; or try another Rhone red blend if you have one on hand.

Learn more about Rasteau AOC wines and grab another healthy recipe in our Chicken Lentil Stew with Rhone Wine from Rasteau article.

Stay tuned for more about Rasteau AOC wines! We will be focusing on the region for the November French Winophiles event and will be sure to link to our article on the topic. 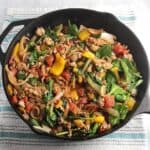 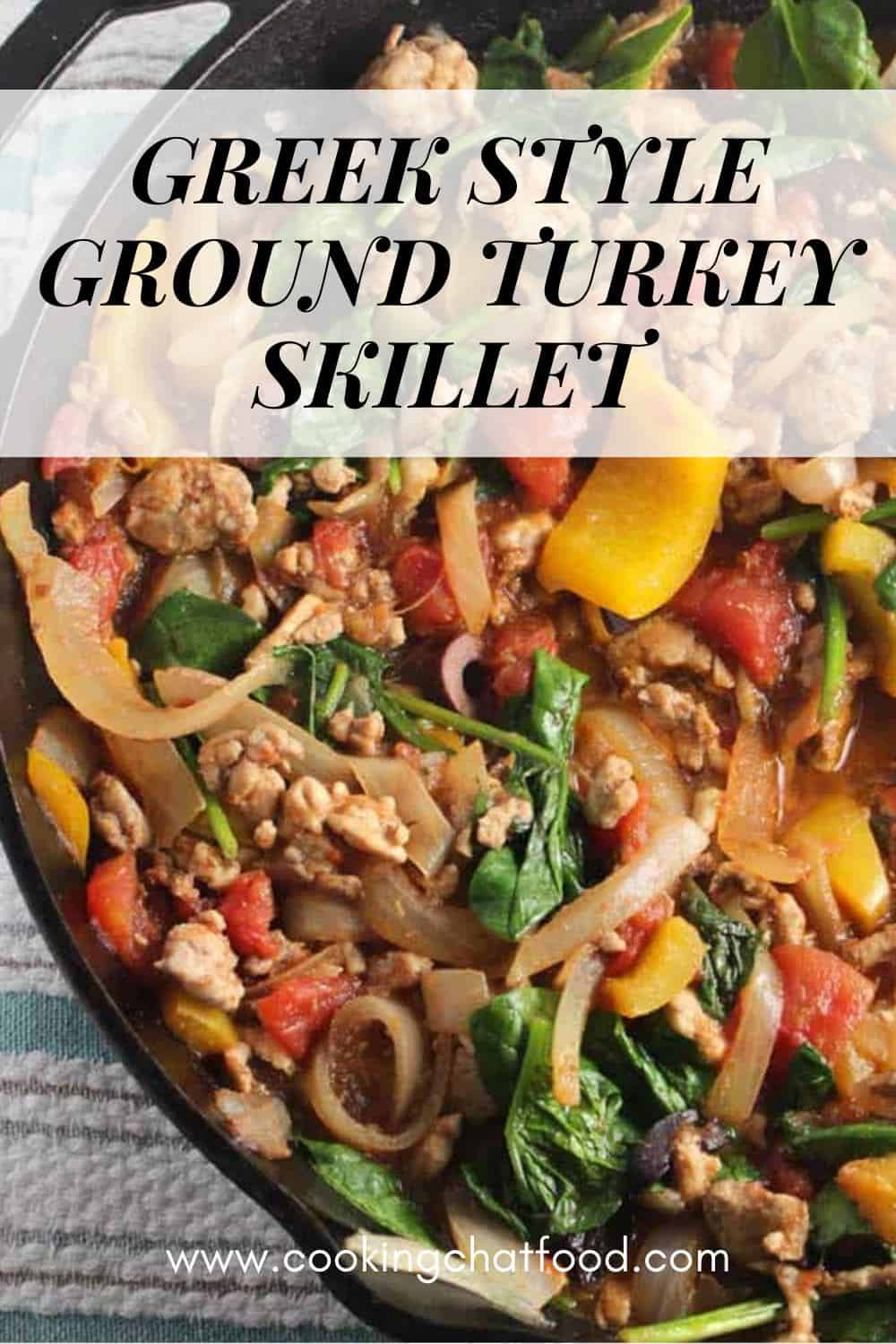